The Prophecy by Jennifer L. Armentrout, published by Hodder and Stoughton on 8th March 2018

Goodreads synopsis:
Seth never thought he’d have a future. But now he’s on the brink of having it all with Josie: A tomorrow. A family. A forever. And all that's standing between him and that forever is the Titans. If he helps Josie entomb them -- without killing them, a nearly impossible task for him -- everything he could ever want will be in reach. But he soon realizes that as a god, every little choice he makes can reshape the world for the better… or worse. And in meddling with the Titans, Seth may have just set into motion catastrophic consequences that will force the Olympians to enter the mortal realm and reshape the delicate balance of power that keeps the world from total collapse.

Entombing the Titans is Josie’s top priority. After all, it was what she was born to do. But the plans her father put into play to help her are no longer an option, and the odds she and Seth face in forging their own path are grim. The escalating violence between halfs and pures only increases the danger closing in on them and their friends. Josie knows their chances of succeeding in their task are slim at best -- and if they fail, they might lose everything. But she also knows she's not fighting just for herself -- she's fighting for the man she loves, for their future, for the world. 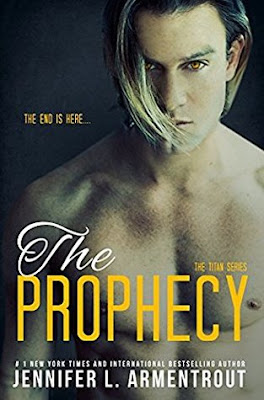 Review:
I loved, loved, loved this book!  It was the perfect way to end what has been an incredible series. Although I'm upset that this is the last time I'll get to read about Seth and Josie, I think that Jennifer L. Armentrout wrote them an amazing end which made me very happy.

Seth and Josie are desperate to have a future and a family together but before they can start their life together, they first have to entomb the Titans.  The story follows them as they try to overcome the obstacles standing in their way and save the human world in the process.  They need to track down all of the demi-gods and unlock their powers to stand any chance of defeating the Titans but it's starting to look like an impossible task.

At the heart of the book is the relationship between Seth and Josie who have both been on incredible journeys throughout the series.  Seth has changed enormously since he was first introduced in the Covenant novels.  He's still cocky and sure of himself but he's matured so much and lost a little bit of the arrogance that he had in the beginning.  He thinks more about others, as well as the consequences of his actions and he is hell-bent at keeping Josie safe at all costs.  I love seeing him and Josie together and there are so many wonderful scenes in the book to please fans of the couple.  When he's with Josie, Seth shows another side to his character.  He is infinitely sweet and caring and will sacrifice anything to protect her.  Josie has also changed a lot and has become much more sure of herself and her abilities.  She's finally found self-confidence and at long last, she's sure of her relationship with Seth.  I honestly couldn't get enough of seeing them together.  Their romance was beautifully written and they are definitely one of my favourite ever book couples.

I wouldn't have changed one single thing about the way in which the story unfolded.  There were several surprises and shocks in store and I had my heart in my mouth for some of the last few chapters but it was all plotted brilliantly and the final ending was beyond perfection.  My emotions were all over the place and I couldn't help but cry (believe me, it's quite a tearjerker!).

'The Prophecy' delivered everything that I wanted and more.  It was sheer heaven to read and the series really bowed out on a high.  I would love to see Jennifer L. Armentrout revisit the characters in the future but if this is truly the last time that we get to see them, then I'm more than happy with such a perfect finale. 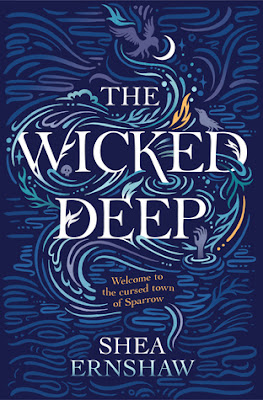 'The Wicked Deep' is a gorgeously written, glorious tale of life and death, secrets and lies, set amidst a backdrop of suspicion and revenge which percolates away in the small town.  A five star read, I fell head over heels for this book which is a stunning debut by Shea Ernshaw.  She is definitely an author that I will be watching in the future.
Posted by Samantha (A Dream of Books) at 06:44 No comments: