I'm hosting today's stop on the blog tour for 'That Night' by Gillian McAllister. Many thanks to Penguin Random House for inviting me to take part. 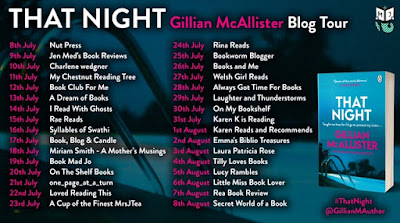 Synopsis:
What would you do to protect your family?

During a family holiday in Italy, you get an urgent call from your sister.

There’s been an accident: she hit a man with her car and he’s dead.

She’s overcome with terror – fearing years in a foreign jail away from her child.

She asks for your help. It wasn’t her fault, not really. She’d cover for you, so will you do the same for her?

But when the police come calling, the lies start. And you each begin to doubt your trust in one another.

What really happened that night?

Who is lying to who?

Who will be the first to crack? 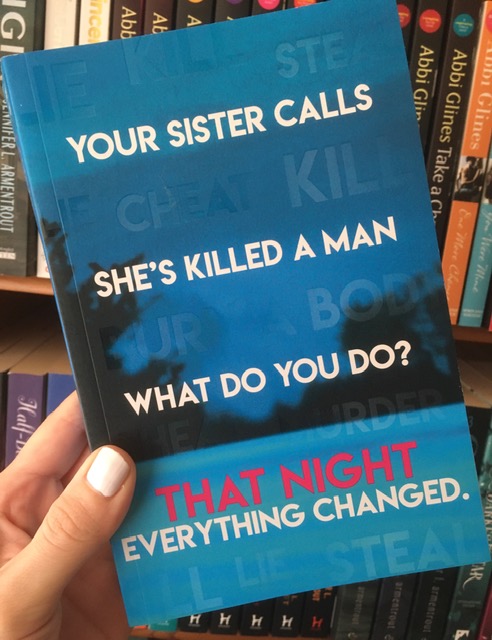 'That Night' is the first book that I've read by Gillian McAllister but it definitely won't be the last because I really enjoyed it and will now be seeking out some of her other titles. The novel was gripping and tense and explores the unusually close relationship between the three Plant siblings - Joe, Cathy and Frannie.
Set initially in Verona, Italy, where the siblings are on holiday, it starts with a phone call in the middle of the night. Frannie has hit a man with her car and he's now dead. Instead of calling the emergency services and reporting the incident, she calls her brother and sister. From that point onward, events start to spiral out of control. They make the decision to cover up the crime and protect Frannie from a lengthy jail sentence but each step they take in doing so, leads to more and more lies.
I have to admit that while I was reading this book, I was shocked that Cathy and Joe would involve themselves in making a choice of such magnitude. But that's exactly what the story sets out to explore and expose. Why would they feel that they had to protect Frannie? What might have happened in the past to strengthen the bonds between them? How far will they go to conceal the crime? All these questions and more were rumbling around in my head as I read on. McAllister skillfully peels back the layers of their relationship to poke and prod at the real truth behind it. She doesn't always present the protagonists in a positive light but shows them as flawed individuals who are capable of making mistakes. Although I wasn't a huge fan of any of the siblings, I think this helped me to at least try to put myself in their shoes and understand their motivations.
There are a lot of ethical and moral dilemmas in the book which the reader has to think deeply about. Nothing is as straight-forward as it first might seem and everything should be looked at from more than one angle. McAllister cleverly weaves a story which I found so taught and suspenseful. Just when I perhaps thought that I had everything figured out, she threw in another twist which completely unsettled me and made me rethink my assumptions about some of the characters.
More than a standard psychological thriller, 'That Night' is a riveting expose of family relationships and the point that people can be pushed to before they crack. I would highly recommend it to anyone who is looking for a fast-paced and page-turning read.
Posted by Samantha (A Dream of Books) at 16:00 No comments: