Book to film/TV adaptations for 2019

There are a whole host of books being adapted for film or television this year, so I thought I would pick a few that I'm really excited about. To be completely honest, I can't name many book adaptations that I've enjoyed. I absolutely hate it when they change the endings for film or TV and I always tend to think that the book is better. One of my favourite books is The Time Traveller's Wife by Audrey Niffenegger but I was very disappointed by how the film turned out. That aside, I can't help but watch to see what producers do with books that I've read and at the moment there are quite a few upcoming adaptations that have got me genuinely intrigued and excited.

The Goldfish by Donna Tartt
I first read this back in 2014 and it was one of my favourite books of the year. It reminds me of 'Great Expectations' by Charles Dickens, in the scope of the story and the way that it follows the main character Theo's life from boyhood to adulthood. It shows the consequences of one terrible day during his childhood and how that reverberates throughout his whole life. A worthy winner of the Pulitzer Prize, this is being made into a film starring Nicole Kidman and Luke Wilson. 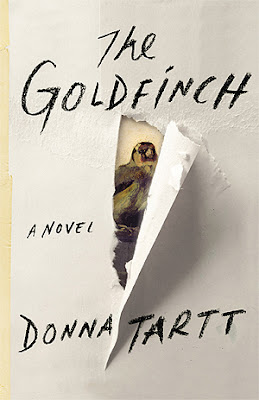 Little Women by Louisa May Alcott
This is a book that I've read over and over again and seen many film and TV adaptations of. It's one of my favourite classics and never fails to make me laugh, smile and cry. I always identified closely with Beth when I was growing up, although I loved Jo's wild and courageous spirit and Meg's motherly nature. I adored the recent BBC adaptation and I can't wait to see the latest big screen adaptation when it's released in December. The cast is phenomenal: Emma Watson, James Norton and Meryl Streep, plus a whole host of other famous faces. 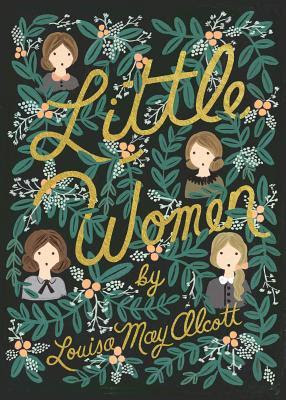 His Dark Materials by Philip Pullman
A BBC and HBO co-production, this is the one that I think everyone is waiting for. The full-length trailer is currently available to watch and it looks amazing! Ruth Wilson, James McAvoy and Lin-Manuel Miranda all star and the script has been written by Jack Thorne, who collaborated with J.K. Rowling on 'Harry Potter and the Cursed Child'. I definitely need to re-read this trilogy, prior to the official release. 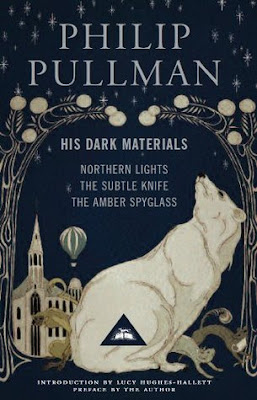 Death Comes as the End by Agatha Christie
Since the start of the year, I've been on an Agatha Christie reading binge. I've now read most of the Poirot and Miss Marple stories but I'm still catching up with all of her stand-alone novels, this one included. 'Death Comes as the End' is being adapted for the small screen by Gwyneth Hughes and is set to air over Christmas. 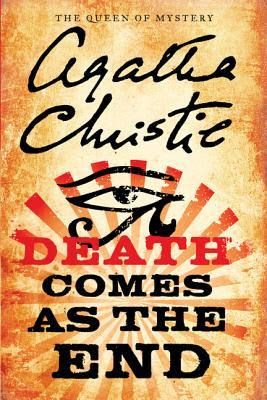 Do you enjoy book to film/TV adaptations? What are your favourites?
Which ones are you looking forward to seeing in 2019?
Posted by Samantha (A Dream of Books) at 07:11 No comments:

Review: Dear Ally, How Do I Write a Book? - Ally Carter

Dear Ally, How Do I Write a Book? by Ally Carter, published by Orchard Books on 4th April 2019

Goodreads synopsis:
Ally and her author friends want to help YOU write the book you've always dreamed of. Part agony aunt, part writing guru, this writing guide is thoughtful, witty and best of all, useful. 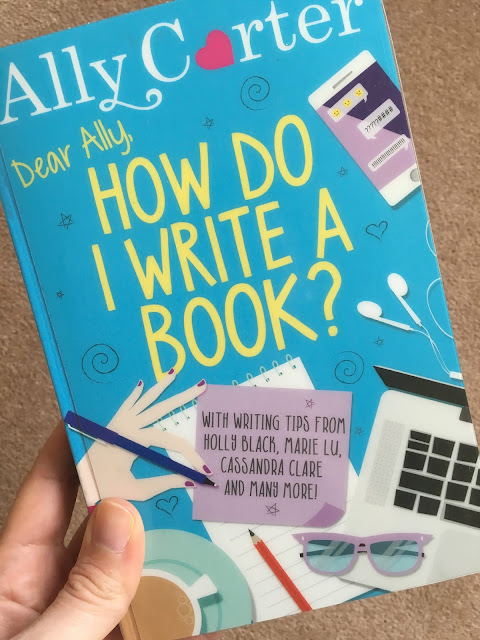 Review:
You don't have to be a teen to find 'Dear Ally, How Do I Write a Book?' hugely informative and useful. If you have any interest at all in writing for a YA audience then this is the best guide to get you started. I'm a huge admirer of Ally Carter and I've read all of her books, so I was instantly intrigued when I heard about this title. I've read a number of other guides to fiction writing but they have all been designed for adult writers. This is the first really useful book I've come across that is written by a YA author and packed full of tips and advice for those who want to write YA fiction. It is one of those titles that you know you'll continually be picking off your bookshelf and referring back to.

The book is broken down into chapters such as 'Planning your book', 'Developing your plot' and 'Editing your book'. The structure is linear and takes you through every stage of the writing process, from creating your characters, to building your world. There is a wealth of thoughtful and useful advice but Carter also makes it explicitly clear that there is no single right way to write. Everyone has their own style and their own process which is crafted and developed over a period of time. You just have to find what works best for you and sometimes that only comes through trial and error.

Interspersed throughout the book are questions and answers from a number of other well-known authors, such as David Levithan, Stephanie Perkins, Marie Lu and Holly Black. I found these really interesting and insightful, as it helped to show the unique nature of the writing process, as well as providing author stories about the road to publication. Ally Carter often refers to her own journey in becoming a YA author and some of the insights she shares about choosing characters, settings or plot lines were fascinating.

Ultimately you do have to find your own way and write about things that matter to you but if you have always dreamt of becoming a published author, or even just want to nail that next NaNoWriMo challenge then this is THE book you must read.