This week I've picked 3 books which are very near the top of my wishlist!
Halo by Alexandra Adornetto 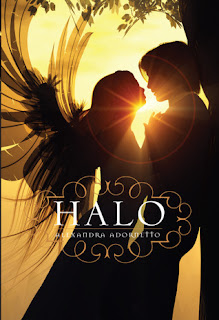 Three angels are sent down to bring good to the world: Gabriel, the warrior; Ivy, the healer; and Bethany, a teenage girl who is the least experienced of the trio. But she is the most human, and when she is romantically drawn to a mortal boy, the angels fear she will not be strong enough to save anyone—especially herself—from the Dark Forces. Is love a great enough power against evil?
I know that this book has had some mixed reviews but I still really love the sound of it and I can't help swooning over the gorgeous cover.  It's published by ATOM. 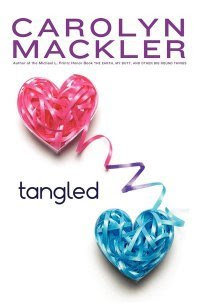 Paradise wasn't supposed to suck.   Not the state of being, but a resort in the Caribbean.

Jena, Dakota, Skye, and Owen are all there for different reasons, but at Paradise their lives become tangled together in ways none of them can predict. Paradise will change them all.

It will change Jena, whose first brush with romance takes her that much closer to having a life, and not just reading about those infinitely cooler and more exciting. It will change Dakota, who needs the devastating truth about his past to make him realize that he doesn't have to be a jerk just because people think he's one. It will change Skye, a heartbreakingly beautiful actress, who must come to terms with the fact that for once she has to stop playing a role or face the consequences. And it will change Owen, who has never risked anything before and who will take the leap from his online life to a real one all because of a girl he met at Paradise. . . .

From confused to confident and back again, one thing's certain: Four months after it all begins, none of them will ever be the same.

Carolyn Mackler is one of my favourite authors but I haven't gotten around to getting a copy of this book yet.  I must rectify this soon!  'Tangled' is published by HarperTeen and is out now.


The Espressologist by Kristina Springer 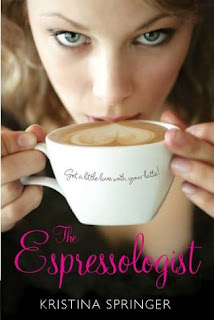 What’s your drink of choice? Is it a small pumpkin spice latte? Then you’re lots of fun and a bit sassy. Or a medium americano? You prefer simplicity in life. Or perhaps it’s a small decaf soy sugar-free hazelnut caffe latte? Some might call you a yuppie. Seventeen-year-old barista Jane Turner has this theory that you can tell a lot about a person by their regular coffee drink. She scribbles it all down in a notebook and calls it Espressology. So it’s not a totally crazy idea when Jane starts hooking up some of her friends based on their coffee orders. Like her best friend, Em, a medium hot chocolate, and Cam, a toffee nut latte. But when her boss, Derek, gets wind of Jane’s Espressology, he makes it an in-store holiday promotion, promising customers their perfect matches for the price of their favorite coffee. Things are going better than Derek could ever have hoped, so why is Jane so freaked out? Does it have anything to do with Em dating Cam? She’s the one who set them up! She should be happy for them, right?
I've read some good reviews of this book and it was recommended by a friend so I definitely need to check it out soon.  It's published by Farrar Straus Giroux and is out now.
Posted by Samantha (A Dream of Books) at 07:08