Review: The Betrayals by Bridget Collins

Synopsis:
At Montverre, an exclusive academy tucked away in the mountains, the best and brightest are trained for excellence in the grand jeu: an arcane and mysterious contest. Léo Martin was once a student there, but lost his passion for the grand jeu following a violent tragedy. Now he returns in disgrace, exiled to his old place of learning with his political career in tatters.

Montverre has changed since he studied there, even allowing a woman, Claire Dryden, to serve in the grand jeu’s highest office of Magister Ludi. When Léo first sees Claire he senses an odd connection with her, though he’s sure they have never met before.

Both Léo and Claire have built their lives on lies. And as the legendary Midsummer Game, the climax of the year, draws closer, secrets are whispering in the walls… 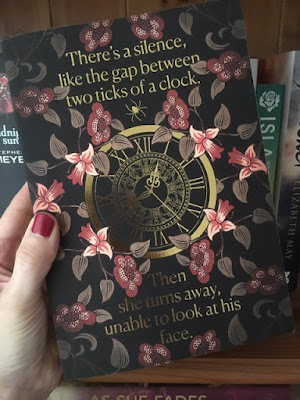 Review:
'The Betrayals' is one of the books that I have been most looking forward to reading in 2020. Bridget Collins first novel for adults, 'The Binding', was one of my books of 2019, so I thought it was a sure bet that I was going to love this one too. It sounded intriguing and mysterious, although from reading the synopsis several times, I wasn't quite sure which exact genres it fit into. Collins states that the story itself is heavily influenced by Hermann Hesse's 'The Glass Bead Game'. I've seen that book many times in the library but I haven't read it myself so knowing the inspiration for the novel didn't really help me much either. Still, all those factors only added to my excited anticipation when I turned to the first page.

There are very few prominent characters in the novel and overshadowing them all is the 'Grand Jeu'. A game which combines a mixture of music and math, philosophy and religion. All the students and teachers at Montverre study the game and many have devoted their lives to it but although what I did learn about it was fascinating, it becomes almost so abstract that I have to admit that I didn't fully understand it at all. Thinking about it after having finished the book though, maybe that is deliberate choice by the author. This is a game that people spend their whole lives playing and which is so complex that years of study, teaching and discussions go into it. Perhaps it's a game that the reader is never expected to be able to decipher. Although I tried to keep that in mind, I just felt that I wanted to know more and therefore I was left feeling slightly dissatisfied at the end.
The narrative follows the characters of Claire, who is Montverre's first female Magister Ludi and Leo, who was a student at the boarding school a long time ago and who is returning in exile. There's also the character of The Rat who appears at various points in the story. The pull between Claire and Leo is brilliantly portrayed and there's a sense that they are being drawn together but at the same time, torn apart by the lies and secrets that they are both hiding. There's an insinuation in the first half of the book that there is more to their relationship than is first evident and I really enjoyed the slow unraveling of their carefully concealed deceits and the devastatingly clever twist that ensues.

This is definitely a book that may take the reader a while to warm to. It's fairly slow in the beginning and you do have to have a little patience while the story takes shape. I found that it really crept up on me though and before I knew it, I was struggling to put it down and desperate to know what was going to happen next. I enjoy the style of Bridget Collins's writing immensely and although I didn't quite enjoy this as much as 'The Binding', it was still an intriguing and fascinating read that I feel I will want to read again in the future and perhaps uncover another layer of understanding.