I'm today's stop on the blog tour for 'The Christie Affair' by Nina de Gramont. Many thanks to Mantle Books and Midas PR for inviting me to take part. 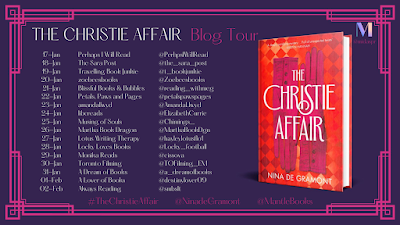 In 1926, Agatha Christie disappeared for 11 days. Only I know the truth of her disappearance.
I’m no Hercule Poirot.
I’m her husband’s mistress.

Nan O’Dea’s world is something very different. Her attempts to escape a tough London upbringing during the Great War led to a life in Ireland marred by a hidden tragedy.

After fighting her way back to England, she’s set her sights on Agatha. Because Agatha Christie has something Nan wants. And it’s not just her husband.

Despite their differences, the two women will become the most unlikely of allies. And during the mysterious eleven days that Agatha goes missing, they will unravel a dark secret that only Nan holds the key to . . . 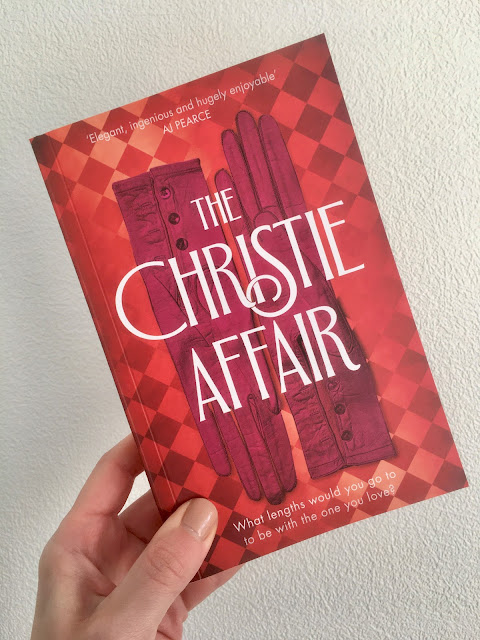 'The Christie Affair' is a book that I had on my radar as soon as I first heard about it. I'm obsessed with Agatha Christie and after learning more about her life, I was very intrigued by her mysterious disappearance. She went missing for 11 days which coincided with the break-down of her marriage. During this time, the police looked for her all over the country and her disappearance captured the attention of the newspapers, adding to the intrigue of the Queen of Crime.

Nina de Gramont imagines what may have occurred during those 11 days. She weaves an intriguing story involving Agatha, her first husband Archie, her husband's mistress Nan O'Dea and Nan's love Finbarr. Of course, we'll never know what really happened to Agatha but it's fun to consider all the possibilities.

I was expecting there to be more emphasis on Agatha herself but instead, I found that the main focal point was actually her husband's mistress. Nan's story was hard-hitting and poignant and the terrible events she suffered through certainly made me feel more sympathetic towards her. I think the development of her character was handled very skilfully throughout the book. In the beginning I didn't warm to her at all and saw her as the catalyst for the breakdown of Agatha's marriage. However, as I learnt about her background and upbringing through flashbacks to her time in Ireland, I began to understand the reasons behind her actions.

In true Christie fashion, there were the requisite twists that I did not predict at all, including a murder mystery in the hotel where Nan is staying and a healthy dose of romance. Personally, I would have liked to have read more of Agatha's story but putting that aside, this was still an intriguing read with a mystery to unravel.

'The Christie Affair' is out now, published by Mantle Books.