Today I'm hosting a stop on the 'Secrets, Schemes and Sewing Machines' blog tour.  Read on to see what I thought of Katy Cannon's new book. 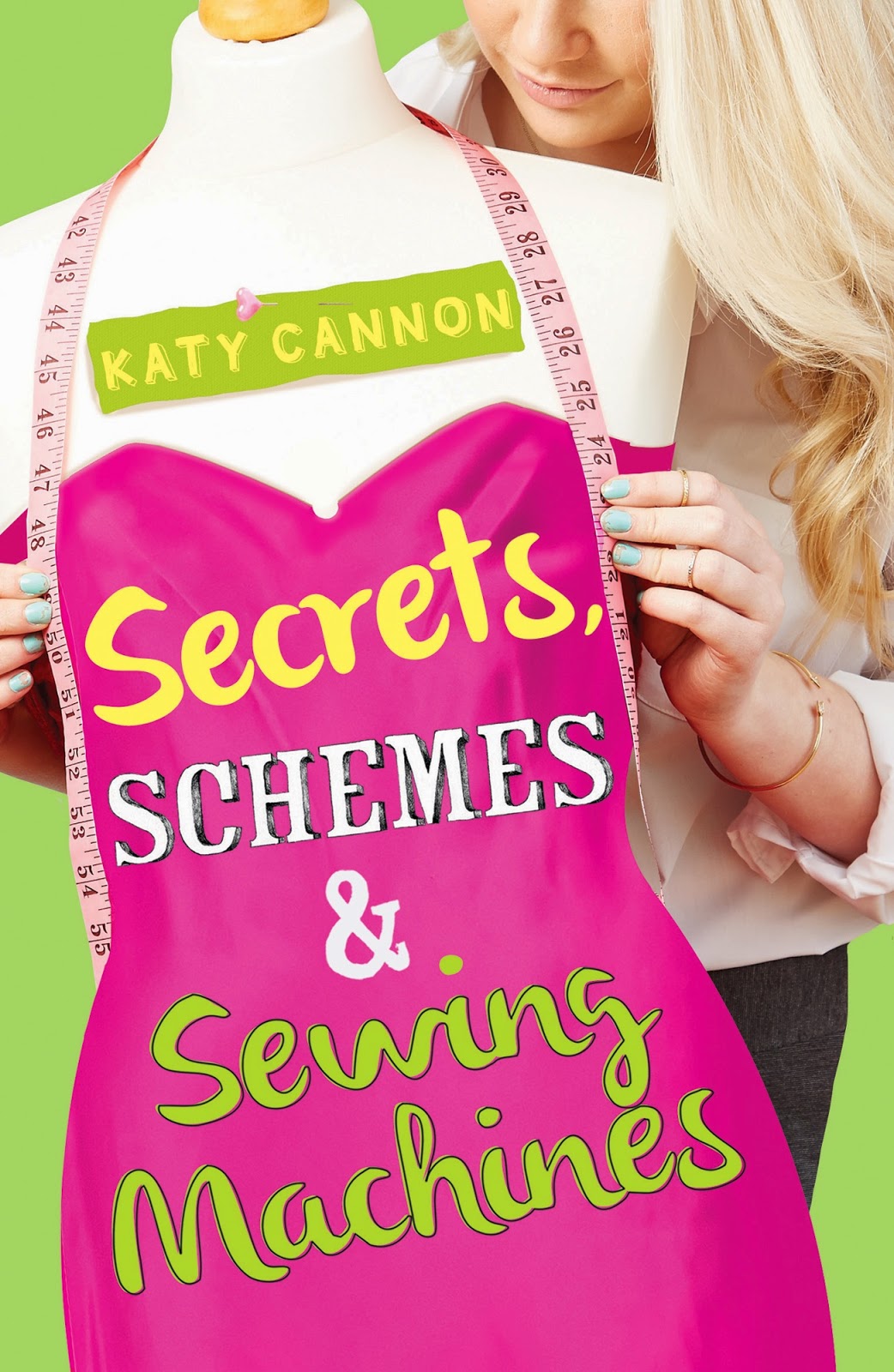 Review:
With the Great British Sewing Bee back on UK TV screens, this book has arrived at just the right time.  Following in the footsteps of last year's 'Love, Lies and Lemon Pies' (which was one of my favourite titles of 2014), Katy Cannon's new book focuses on Grace, one of the members of Bake Club, as she deals with family issues, drama club and a love/hate relationship with new boy Connor.

Grace wasn't my favourite character in the first book, so I was a little nervous about the thought of her getting her own story.  However, I need not have worried because I was very pleasantly surprised about her character development and the way we get to see what really makes her tick.  One of the things I like about Katy's books is that she really gets beneath the skin of a person and shows you not to have pre-conceived ideas about people because they will always end up surprising you.

The sparks between Grace and Connor mirror those of Beatrice and Benedict in the Shakespeare production of Much Ado About Nothing that the school is putting on.  I enjoyed the way in which they don't particularly like each other at first but gradually learn more about the other person and Grace especially, steps up and proves all of her doubters wrong.

It was brilliant getting to see the rest of the gang too.  I loved the bits with Lottie and Mac and I'm hoping that the next book might be about the ever wonderful Jasper.

In the last book, we had lots of fab recipes to follow and this time it's sewing tasks which appear at the start of each chapter.  I can sew a little bit but these made me want to pick up my sewing basket again and get started on a new project.  I think other readers will love these too and it's a nice way to encourage people to have a go.

Sweet and wonderfully written, this is UK YA at it's very best.  Katy Cannon has made a life long fan of me!
Posted by Samantha (A Dream of Books) at 00:00