Goodreads synopsis:
Accidents happen. But they happen more often when the beautiful ballet dancers return each summer to the island. When he hears the ruthless way that the loveliest dancer talks about boys getting what they deserve when they break girls' hearts, Harley, home for the summer after his first year of college, wonders if he's losing his mind. He knows for sure that he's losing his heart to this girl...But then, strange incidents start happening all over the island and Harley is caught between desire and fear: could he also be in danger of losing his life? 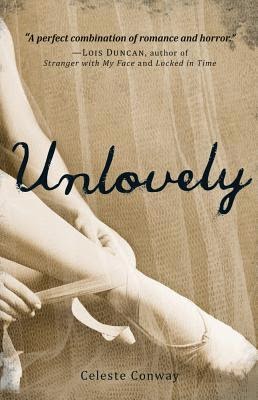 Review:
I haven’t read any books by Celeste Conway before but I was attracted by the absolutely beautiful cover and the fact that it featured ballerinas. Two of the things which are guaranteed to make me pick a book up!

The main character Harley starts a summer romance with a beautiful ballet dancer called Cassandra. Although he hasn’t gotten over Mairin, the girl he thought he would always be with, she has moved on and closed that door behind them. Harley is initially infatuated with Cassandra, but then terrible things start happening to the boys who ‘supposedly’ wrong the ballerinas and his life turns into a nightmare. I loved the way that the story echoes that of the ballet Giselle. This was really clever and made me want to watch the ballet itself now.  I wasn't familiar with the story itself, so I had no clue what was going to happen with Harley and the dancers.

Harley was likeable and decent but didn’t wow me as the protagonist of the book.  Celeste Conway definitely carried off the male central viewpoint but I would have liked to have seen some different sides to his character, as at times he was a bit one-dimensional.

I found the beginning of the book started off very slowly and I wasn’t sure if it was going to do enough to grab me. However, I got more involved in the story as events progressed and then I had to keep reading on to find out what was going to happen next. It did tail out again at the conclusion but I like the fact that it left a seed of doubt about what might occur after the reader has finished the last page.

The story combines both romance and horror but I actually thought that the book wasn’t as scary I thought it would be. The horror is more implied rather than explicit and it’s the suspenseful, jumpy kind of horror, rather than the sort that makes you want to keep the light on all night.
Posted by Samantha (A Dream of Books) at 00:00