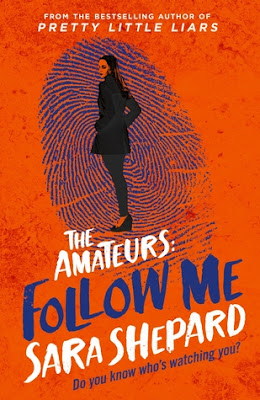 The ending of the book was a real jaw-dropper.  I can't believe that Sara Shepard left things hanging where she did. I'm so impatient to get my hands on the next in the trilogy - this is a series not to be missed.
Posted by Samantha (A Dream of Books) at 00:00