I'm thrilled to be taking part in the blog tour for 'The Lamplighters' by Emma Stonex. Published by Picador Books, this title is out now and is most definitely a book that you don't want to miss out on! 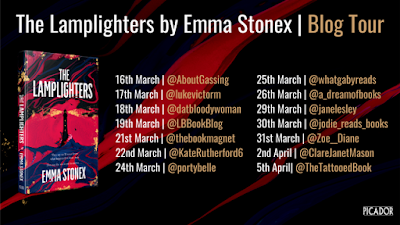 Synopsis:
Cornwall, 1972. Three keepers vanish from a remote lighthouse, miles from the shore. The entrance door is locked from the inside. The clocks have stopped. The Principal Keeper’s weather log describes a mighty storm, but the skies have been clear all week.

What happened to those three men, out on the tower? The heavy sea whispers their names. The tide shifts beneath the swell, drowning ghosts. Can their secrets ever be recovered from the waves?

Twenty years later, the women they left behind are still struggling to move on. Helen, Jenny and Michelle should have been united by the tragedy, but instead it drove them apart. And then a writer approaches them. He wants to give them a chance to tell their side of the story. But only in confronting their darkest fears can the truth begin to surface . . . 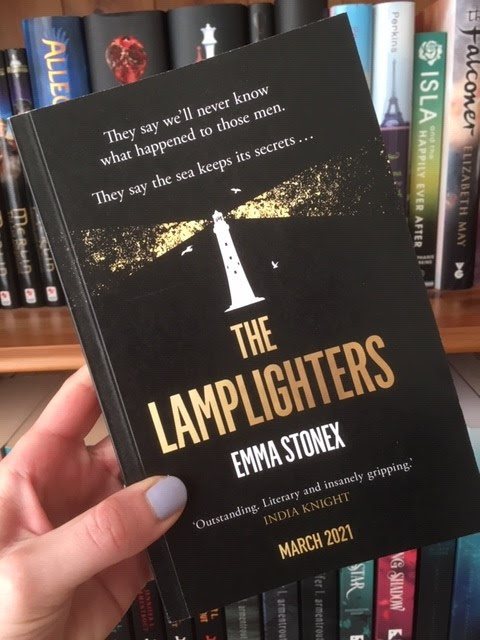 Review:
'The Lamplighters' is the debut novel of author Emma Stonex. I read this over one weekend and was absolutely hooked on unravelling the mysterious disappearance of three lighthouse keepers from a Cornish sea tower. I'd heard a lot of pre-publication buzz about this book so I was really excited to get my hands on a copy. Let me tell you now, believe everything you read about this title because it is incredible.

The story alternates between 1972, focusing on the lighthouse keepers of the Maiden Rock - Arthur, Bill and Vince and 1992, twenty years later, when the mystery of their disappearance is being investigated by novelist Dan Sharp. The present day part of the book incorporates the recollections of the women that were left behind - Helen, Jenny and Michelle. Three women who in many ways, have never been able to put the events of the past behind them.

I adored the mystery element of the book. I was totally caught up in wondering what really happened to the keepers and how they just disappeared from inside a locked lighthouse in the middle of the sea. As I read along, I did develop my own theory but I could never have guessed at the real events of that fateful day. There's actually a really interesting piece written by the author and available to read here which looks at the real-life mystery that inspired the novel. I found this fascinating and added an extra layer to my enjoyment of the book.

The setting of the story is wonderful. The sea is almost a character in its own right and I could almost sense its salty tang and wildness/unpredictability. It's incredibly atmospheric and the remote setting serves to highlight the sense of loneliness that envelops the life of a lighthouse keeper. I thought that Emma Stonex did a fabulous job of exploring the inner psychology of the men and each one came alive in my mind as I pictured them going about their day to day routines.

It's hard to believe that 'The Lamplighters' is a debut novel because the writing style of Stonex is so self-assured and confident. She brilliantly captures the sense of grief felt by the three women left behind and explores what it really means to love someone. I liked the way that she showed how this love can simultaneously lift up and also destroy a person.

This is definitely one of my stand-out books of the year so far. I was still thinking about it long after having finished reading it and I'm definitely going to be recommending it to everyone.