From November 17th – 21st it is Anti-Bullying Week in the UK and Penguin Random House has partnered with the Anti-Bullying Alliance to launch a nationwide anti-bullying campaign inspired by the internationally bestselling novel 'Wonder' by R J Palacio.
You can read my review of 'Wonder' here 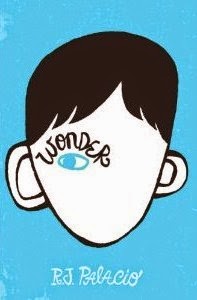 The Choose Kind campaign was launched earlier this year and so far over 700 schools in the UK have signed up to take part. Random House are encouraging teachers and pupils to read Wonder, promote kindness in their schools and show them how they did this during Anti-Bullying Week this November. The Anti-Bullying Alliance found that nearly a quarter of 5-18 year olds have been bullied at school and 45% of parents state that they are concerned about their child being bullied.
This isn’t just a campaign for schools, 'Wonder' should inspire all people to be a little bit kinder to each other.
There is more info about the campaign here
Posted by Samantha (A Dream of Books) at 00:00