Macmillan have published some of my favourite books this year, including the amazing 'Dark Inside' by Jeyn Roberts which definitely makes my top ten. They're also home to Alyson Noel and Meg Cabot, both of whom are among my favourite authors.  Alyson Noel's new series Soul Seekers, is going to be published by Macmillan in 2012 which is also very exciting.

I'm really pleased to welcome to the blog today, Sally and Lauren, who are both Publicity Managers for Macmillan Children's Books and who are going to talk about some of the books they're especially excited to be publishing in the first half of next year.

All links go to Goodreads where you can add these books to your wishlist too!

Final cover artwork isn't available yet for all these titles but will be added as soon as I have it.

Sally says "a great combination of action and romance from an exciting debut author Julie Cross. I can't say too much without giving things away but I loved the characters, Jackson's a narrator I really connected with and hearing things from the male point of view, I felt, made a refreshing change." 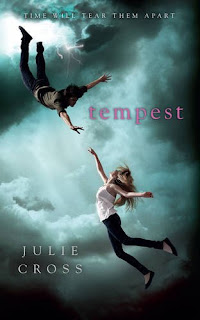 Jackson Meyer is hiding a secret. He can time-travel. But he doesn't know how he does it, how to control it or what it means. When Jackson, and his girlfriend Holly, find themselves in fatal danger, Jackson panics and catapaults himself two years into his past, further than he's ever managed before, and this time he can't find a way back to the future. All the rules of time-travel he's experienced so far have been broken and Jackson has no choice but to pretend to be his younger self whilst he figures out a solution. Jackson is tearing himself apart with guilt and frustration, wondering if Holly survived. He's also become the target of an unknown enemy force and it seems even his dad is lying to him. Jackson is racing against time to save the girl he loves, but to do that he must first discover the truth about his family and himself. And stay alive.

After the Snow by S.D. Crockett, published February 2012


Lauren says "Sophie Crockett is an astounding new voice in YA fiction. Although it would be easy to refer to this novel as 'dystopian', Sophie has created a world not so very far-removed from our own. It is a future as plausible as it is disturbing, which will ignite lively debate amongst its readership." 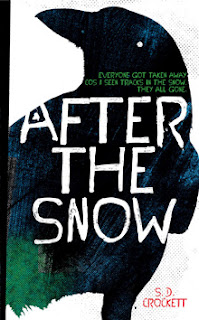 Separated from his family, ‘straggler’ kid Willo is lost and alone in the barren landscape of the new ice age. Now, with only the dog-spirit inside his head to guide him, Willo must embark on an icy journey of survival, adventure and friendship.
Jane Austen Stole My Boyfriend by Cora Harrison, published February 2012
A little mystery is so becoming in a hero, don't you think?
Jane wants to meet a hero worthy of her extraordinary imagination: a gentleman who is dashing and daring and handsome and brave; who can dance like a viscount and duel like a king. Jane and Jenny are whiling away the season in and there are plenty of dances, rumours and scandals to entertain them. But a good reputation, once lost, is gone forever; and Jane is in danger of becoming the talk of the town for all the wrong reasons. 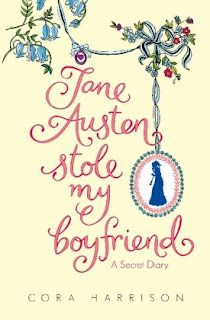 Mice by Gordon Reece, published February 2012
Shelley and her mother are ‘mice:’ timid, nervous and obliging. The fragile peace of their remote countryside existence is shattered when someone breaks into their cottage. In the shocking event that follow, Shelley begins to wonder if she and her mother are mice after all. And if not mice, then what are they? 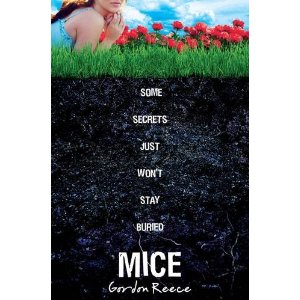 The Demon Trappers: Forgiven by Jana Oliver, published on 3rd February 2012
Wanted by both the forces of Heaven and Hell,17-year-old demon trapper Riley Blackthorne is on the run. Armageddon might be closer than anyone thinks, but with an angelic bargain on one side and a deal with the devil on the other, it’s all Riley can do to stay alive, let alone save the world… 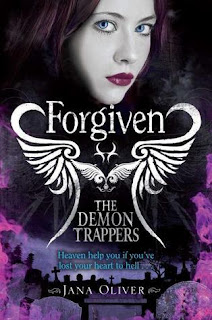 All These Things I've Done by Gabrielle Zevin, published April 2012
Lauren says "This is the book Zevin fans have been waiting for and she does not let us down. It is gripping and brilliantly written. She is a writer head and shoulders above her contemporaries." 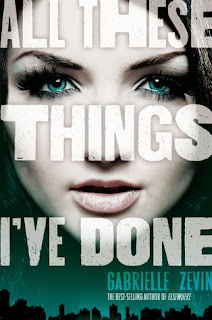 Anya is a member of a notorious New York crime family, so when her violent ex-boyfriend is poisoned, suspicion naturally falls on her. Only the District Attorney believes she is innocent, but her freedom has a price: stay away from his son Win. Anya is finding Win hard to resist, but by getting involved with him she risks the wrath of the law on one side, and the mafia on the other…
Jasmine Skies by Sita Brahmachari, published April 2012

Sally says "follow up to the amazing Artichoke Hearts, I couldn't wait hear more of Mira. Sita Brahmachari vividly brings India to life and her characters draw you in convincingly to their emotional journeys, I became so caught up this breathtaking and beautiful story."

Fourteen year-old Mira Levenson travels to India to meet her family and is quickly swept into a sweltering, chaotic world – full of new sights, smells and deeply buried secrets. Nothing is as she imagined it. Mira faithfully writes to her boyfriend, Jidé, but there’s one person she doesn’t mention. From the moment Mira meets Janu she feels a potent connection and he becomes her guide through the vibrant and often dangerous streets of Kolkata. As her time in India draws to an end, Mira is determined to uncover the truth about her family and she must also make a decision that will break someone's heart . .

Underworld by Meg Cabot, published May 2012
To escape the clutches of the vengeful Furies, Pierce Oliveria has gone to live with John Hayden in the dark Underworld between Heaven and Hell. But when she discovers that her family is in danger, she knows she must get out. Pierce has escaped from John once before. This time, she may not be so lucky…

The Prince Who Walked With Lions by Elizabeth Laird, published May 2012


The British Army is circling the stronghold of the King of Abyssinia. Under orders from Queen Victoria, its mission is to rescue the British Envoy, held prisoner.  Watching with terror and awe is the king's young son, Alamayu. He knows that his father is as brave as a lion, but how on earth can he and his warriors stand against the well-equipped foreigners? As battle rages, everything that Alamayu fears comes to pass. The fighting is cruel and efficient. By the time it is over, Alamayu is left without parents, throne or friends.
In a misguided attempt to care for him, the British take Alamayu to England. There he is befriended by the queen herself and enrolled in Rugby College to become a 'proper' English gentleman. What the English see as an honour is, to this lonely Ethiopian prince, a horror.

Dreamless by Josephine Angelini, published May 2012

This is the US cover of Dreamless. 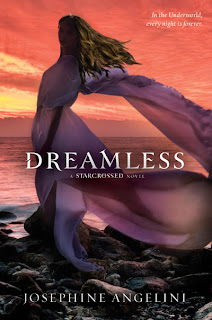 As the only Scion that can enter Hades at will, Helen descends to the Underworld in search of a way to overcome the Furies and end the cycle of revenge that has cursed the Scions. But she’s running out of time. Each descent weakens her both in mind and spirit. A mysterious stranger might be her only salvation, but the price may be her love for Lucas Delos.

As an unforgettable love triangle emerges, Josephine Angelini’s compelling saga becomes ever more intricate and spellbinding. The eagerly awaited sequel to the internationally bestselling Starcrossed, Dreamless delivers with a huge emotional impact that will leave readers satisfied—and longing for more

What's Up With Jody Barton by Hayley Long, published June 2012
Lauren says "Hayley Long is Judy Blume for the Glee generation. More than any other writer in this genre, she pitches her teen references absolutely right; one minute she will have you laughing, the next weeping. The twist in this story will leave readers reeling and desperate for more". 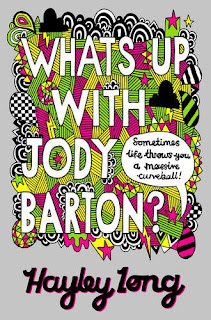 Me and my sister are twins. She's Jolene and I'm Jody. We've both got brown hair, we're both left-handed and we both have these weirdly long little toes which make us look like long-toed mutants. But apart from that, I'd say we're fairly different. Well, actually, we're a lot different ...It's hard enough being one half of the world's least identical twins, without both of you falling for the same guy. Jolene's turned flirting into a fine art, but Jody? Not so much. And as if a twinny love triangle wasn't messy enough ...there's something nobody knows about Jody Barton. Something BIG.

Strange things have been happening to Daire Santos. Animals follow her, crows mock her, glowing people appear from nowhere. Worried that Daire's having a breakdown, her mother sends her to stay with the grandmother she's never met, who lives on the dusty plains of Enchantment, New Mexico.There Daire crosses paths with Dace, a gorgeous guy with unearthly blue eyes.
Her grandmother recognizes Daire's episodes for what they are - a call to her true destiny as a Soul Seeker, a person who can navigate between the living and the dead. Guided by her grandmother, Daire must be quick to learn how to harness her powers, because Dace's brother is an evil shape-shifter, out to steal them.

Daire must embrace her fate as a Soul Seeker and discover whether Dace is the guy she's meant to be with . . . or if he's allied with the enemy she's destined to destroy.
Posted by Samantha (A Dream of Books) at 10:40