Review: Under a Dancing Star by Laura Wood

Synopsis:
In grey, 1930s England, Bea has grown up kicking against the conventions of the time, all the while knowing that she will one day have to marry someone her parents choose - someone rich enough to keep the family estate alive. But she longs for so much more - for adventure, excitement, travel, and maybe even romance.

When she gets the chance to spend the summer in Italy with her bohemian uncle and his fiancée, a whole world is opened up to Bea - a world that includes Ben, a cocky young artist who just happens to be infuriatingly handsome too. Sparks fly between the quick-witted pair until one night, under the stars, a challenge is set: can Bea and Ben put aside their teasing and have the perfect summer romance?

With their new friends gleefully setting the rules for their fling, Bea and Ben can agree on one thing at least: they absolutely, positively will not, cannot fall in love... 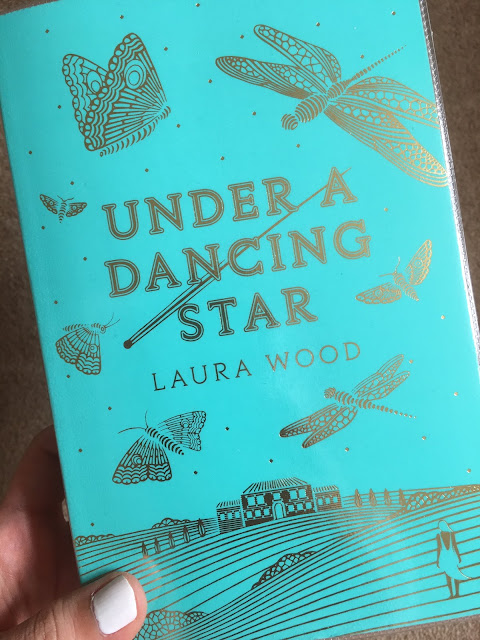 Review:
One of my biggest passions is Shakespeare. I studied many of his plays as part of my Literature degree, I have rows and rows of books about him and his works and I'm a long-time member of the Royal Shakespeare Company. It's a lifelong dream to see all of his plays performed on the stage. I've also seen every film adaptation I've ever been able to get my hands on and read every retelling that I've ever heard about.

My three favourite plays are 'Romeo and Juliet', 'Hamlet' and 'Much Ado About Nothing', so you can imagine my excitement when I discovered that Laura Woods was writing a prequel to 'Much Ado'. The story explores the period of time when Beatrice and Benedick first meet in sunny Italy. It's 1933, Bea is abroad without her parents for the first time and sent to stay with her Uncle Leo and Cousin Hero. It's set to be the perfect summer with the opportunity for Bea to explore who she is outside of the confines of Langton Hall and to escape the expectations of her parents who want her to settle down and marry. Bea is a dream character. I loved her from the moment she was first introduced. She is extremely quick and witty, she is warm and open and engages easily with everyone around her and she has a passion for science and natural history which is quite infectious. Laura Wood took all the traits which make Shakespeare's Beatrice such a popular character and developed them in such a way that I felt I was getting to know her afresh and adored her even more than I did already.

As anyone who has read the play or seen the iconic film version with Kenneth Branagh and Emma Thompson will know, sparks fly between Beatrice and Benedick. It was so interesting to see their early relationship explored and to literally feel the crackle of electricity between the two of them. Ben is some what of a ladies man. Gifted with good looks and charm, he is used to the opposite sex falling for him. His first meeting with Bea is one of my favourite parts of the book, as she, quite literally, is the one to knock him off his feet for a change. The romance that develops between them is perfectly written. It's slow burning, tender and very, very real. It's not all smooth sailing and they share a good deal of lively banter but there is also great depth to their feelings and they open up to each other in a way that neither has ever done before.

I loved everything about the pairing of Bea and Ben which isn't always perfect but they fit together in a such a way that just feels right.

There are some other interesting characters in the book, including writer Ursula and her brother Klaus, Uncle Leo's fiancée Filomena and Lili and Gert, who are part of Ben's family. Each in their own way, teaches Bea something that helps to shape her as a person and opens the way for her to explore a new future of her own choosing.

'Under a Dancing Star' was a glorious book which I will definitely be re-reading many times over. The magical setting of 1930's Italy at the Villa Di Stelle, the heady heat and freedom of the summer, and the swoony romance between Bea and Ben which left me wanting to see so much more of the two of them. This is a dream of a story which is my absolute favourite ever take on a Shakespeare play. Congratulations Laura Wood. You nailed it.

Email ThisBlogThis!Share to TwitterShare to FacebookShare to Pinterest
Labels: Laura Wood, Much Ado About Nothing, retelling, review, scholastic, Shakespeare