Blog tour: Invisible in a Bright Light by Sally Gardner

Today I'm taking part in the blog tour for Sally Gardner's latest book, 'Invisible in a Bright Light'. This is Sally's eagerly-anticipated return to middle grade, 14 years since the award-winning 'I, Coriander'. She is back with 'a pitch-perfect story about a crystal chandelier that splinters into a thousand pieces, a girl abandoned as a baby on the steps of an opera house and a dangerous game called the Reckoning.' 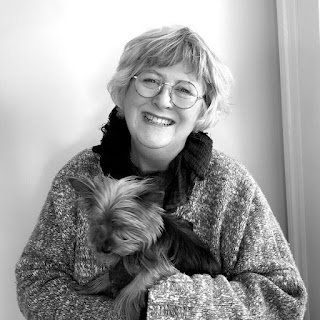 It is 1870: opening night at the Royal Opera House in a freezing city by the sea, where a huge, crystal chandelier in the shape of a galleon sparkles magically with the light of 750 candles.

Celeste, a theatre rat, wakes up in a costume basket from what she hopes is a bad dream, to find that everyone at the theatre where she works thinks she is someone else.

When the chandelier falls, she is haunted by a strange girl who claims to know Celeste's past and why she must risk playing a game called the Reckoning to try to save the people she loves. 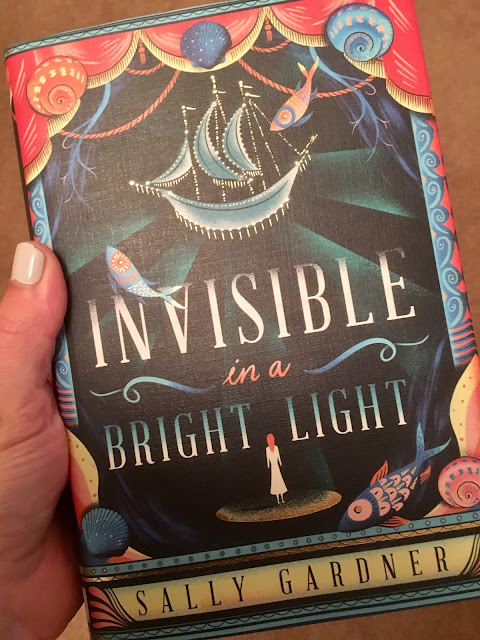 Review:
'Invisible in a Bright Light' by Sally Gardner is a beautifully packaged hardback, enticingly designed with colourful eye-catching images, flecked with touches of gold. It's a lovely book to hold in your hands and would make an even better present to give to someone.

I'm a big fan of Sally's writing and I was very excited about her latest middle-grade offering. The opening foreword made me think of The Phantom of the Opera with an incredible chandelier, situated in an Opera House and hints at fairy tales and enchantments. I thought the first chapter was extremely captivating and definitely made me want to delve deeper into the book. It features a young girl called Celeste who is playing a game with a strange man in an emerald suit, only she doesn't know any of the rules or how to play. Although I was puzzled about the rows of people who are being kept in a cave deep under the sea, I was also intrigued and fascinated. I wanted to know more which is always the best way to start reading a book.

Celeste wakes up to find herself in the Royal Opera House where everyone she encounters seems to think she is someone else. She has vague and hazy memories of a different life, where she is happy and free but nothing really seems to make sense to her. That is almost how it feels to the reader too. I know I was a little confused at times and felt like some things were a bit foggy but this was actually  a good thing because it made me sympathise and identify more with Celeste and her struggle to find out the truth about who she is and what has happened to her.

As the plot unfolds, there are some wonderfully colourful characters in the book to enjoy meeting and lots of secrets to uncover. I loved the sense of magic and wonder that is woven throughout and the sense that nothing is beyond the realms of possibility. There really is so much to enjoy in 'Invisible in a Bright Light' and this is a story that I think will appeal to both middle-grade, as well as older readers.

You can never go wrong with a Sally Gardner book and this was a real treat to read from start to finish.
Posted by Samantha (A Dream of Books) at 23:57