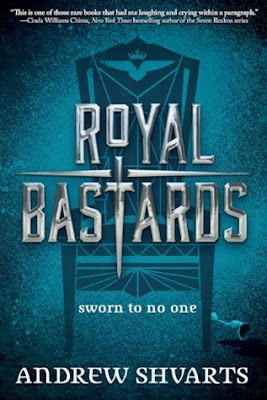 For a series opener, 'Royal Bastards' was pretty good and the concept was awesome but although for the most part I enjoyed the adventure, I want more in terms of character development from the next instalment.
Posted by Samantha (A Dream of Books) at 08:05