Synopsis:
Cinderella married the man of her dreams - the perfect ending she deserved after diligently following all the fairy-tale rules. Yet now, two children and thirteen-and-a-half years later, things have gone badly wrong.

One night, she sneaks out of the palace to get help from the Witch who, for a price, offers love potions to disgruntled housewives. But as the old hag flings the last ingredients into the cauldron, Cinderella doesn't ask for a love spell to win back her Prince Charming.

Instead, she wants him dead. 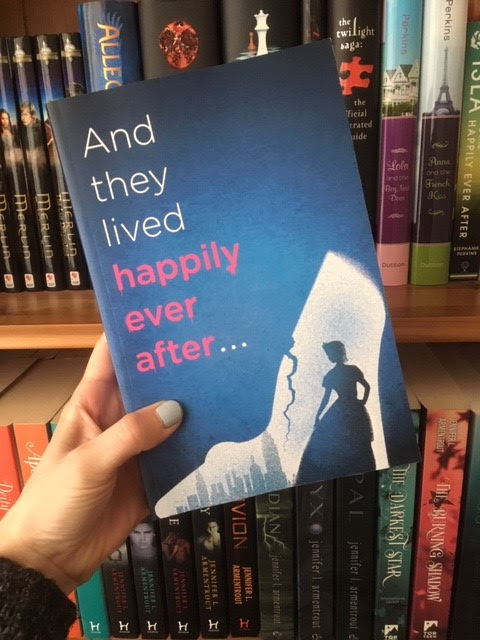 Review:
Cinderella married Prince Charming and they lived happily ever after...or did they? In 'The Charmed Wife' Olga Grushin imagines what may have happened to these classic fairy tale characters, 13 years after that well known ending. Now with two children in tow, is Cinderella still living a life of blissful romance with her Prince?
The blurb for this book immediately caught my attention. I love anything to do with classic fairy tales, reworkings and new interpretations, so I knew from the start that this is a title I wanted to read. I was extremely intrigued about the story and excited to delve in. This is most definitely a book for adult readers as it deals with some pretty heavy topics throughout.
The book is split into three distinct sections. I enjoyed the first part immensely which features Cinderella sneaking away to ask a witch for help with her situation. Things haven't quite worked out the way she thought they would and she needs assistance trying to put things right. The second part was quite unusual and I think that's where it lost me a little. I thought it was very clever as it interweaves nods and references to a lot of other fairy tales and while I could appreciate how skilfully this was done, my enjoyment of the story as a whole, definitely dipped. The final part moves the scene to modern day New York which confused me to start with but works to allow the author to link together a lot of the themes and issues touched upon throughout the book.
On finishing, I have conflicting feelings about this title. On one hand, there were lots of things that I enjoyed about it and it kept me wanting to read on because I literally had no idea what was going to come next. On the other hand, it was extremely dark and subversive and personally, I think I like my fairy tales to be a little more sugar-coated.
Posted by Samantha (A Dream of Books) at 16:00