Waiting on Wednesday #2: Anna and the French Kiss - Stephanie Perkins

My choice this week is a book that I have been dying (and I mean dying!) to read for ages and ages.  I've been very jealous of the review copies that have been landing in everyone's mailboxes lately! 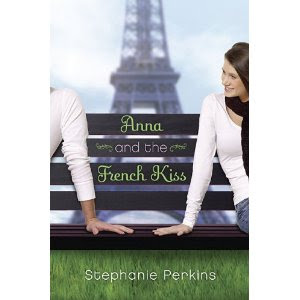 Anna was looking forward to her senior year in Atlanta, where she has a great job, a loyal best friend, and a crush on the verge of becoming more. So she's less than thrilled about being shipped off to boarding school in Paris — until she meets Étienne St. Clair. Smart, charming, beautiful, Étienne has it all . . . including a serious girlfriend.

But in the City of Light, wishes have a way of coming true. Will a year of romantic near-misses end with their long-awaited French kiss? Stephanie Perkins keeps the romantic tension crackling and the attraction high in a debut guaranteed to make toes tingle and hearts melt.

I've posted about this book before but I am literally on tenterhooks waiting for this to be released.  I'm an avid follower of Stephanie Perkins's blog and I've been hearing about this for so long that I just want it in my possession now and in pride of place on my bookshelf :)
Posted by Samantha (A Dream of Books) at 10:21