Egmont is the publisher of one of my absolute favourite books, 'Forgotten' by Cat Patrick. They have some stellar titles lined up for 2013 (January-June) under their imprint Electric Monkey (although I'm still gutted that they aren't publishing the last book in Cynthia Hand's trilogy), so here's a selection of the ones which I'm most eagerly anticipating for next year.

All links go to Goodreads where you can add all of these books to your wishlist!

* Finished cover art may not be available yet for all titles

From What I Remember by Stacy Kramer and Valerie Thomas, published 7th January

KYLIE: MEXICO WHAT? I should be putting the finishing touches on my valedictorian speech. Graduation is TODAY, and is this a wedding band on my finger.

MAX: It all started with Kylie's laptop and a truck full of stolen electronics. Okay, it was kind of hot, the way she broke us out like some chick in an action movie. But now we're stranded in Tijuana. With less than twenty-four hours before graduation. Awesome.

WILL: Saving Kylie Flores from herself is kind of a full-time occupation. Luckily, I, Will Bixby, was born for the job. And when I found out she was stuck in Mexico with dreamy Max Langston, sure, I agreed to bring their passports across the border -- but there's no reason to rush back home right away. This party is just getting started.

LILY: I just walked in on my boyfriend, Max Langston, canoodling with Kylie Flores, freak of the century. Still, I can't completely hold it against him. He NEEDS me. It's even clearer now. And I'm not giving him up without a fight. 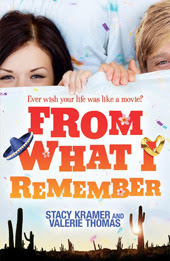 Jane is on a plane on her way home to Montclair, New Jersey, from a mental hospital. She is about to kill herself. Just before she can swallow a lethal dose of pills, the plane hits turbulence and everything goes black. Jane wakes up amidst piles of wreckage and charred bodies on a snowy mountaintop. There is only one other survivor: a boy named Paul, who inspires Jane to want to fight for her life for the first time.

Jane and Paul scale icy slopes and huddle together for warmth at night, forging an intense emotional bond. But the wilderness is a vast and lethal force, and only one of them will survive. 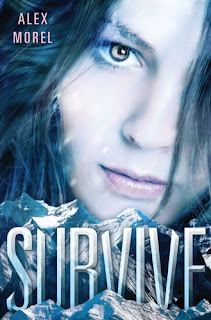 Hopeless. Freak. Elephant. Pitiful. These are the words of Skinny, the vicious voice that lives inside fifteen-year-old Ever Davies’s head. Skinny tells Ever all the dark thoughts her classmates have about her. Ever knows she weighs over three hundred pounds, knows she’ll probably never be loved, and Skinny makes sure she never forgets it.

But there is another voice: Ever’s singing voice, which is beautiful but has been silenced by Skinny. Partly in the hopes of trying out for the school musical—and partly to try and save her own life—Ever decides to undergo a risky surgery that may help her lose weight and start over.

With the support of her best friend, Ever begins the uphill battle toward change. But demons, she finds, are not so easy to shake, not even as she sheds pounds. Because Skinny is still around. And Ever will have to confront that voice before she can truly find her own.

His lips touched mine and for one split second the whole world stopped. Then every cell in my body fizzed into life...When I decided to write a book about my life I thought I'd have to make loads of stuff up. I mean, who wants to read about someone like me? But as soon as I started writing, the weirdest thing happened. I found out I wasn't who I thought I was. And I stopped being scared. Then everything went crazy! Best of all, I discovered that when you finally decide to be brave it's like waving a wand over your life - the most magical things can happen... 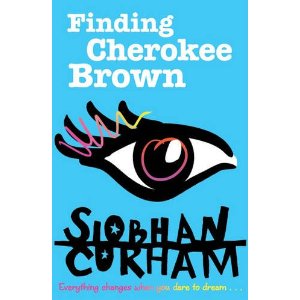 By Any Other Name by Laura Jarratt, published 1st April

Nobody can know the truth - her life depends on it. I picked up the book and thumbed through the pages. Names in alphabetical order, names with meanings, names I knew, names I'd never heard of. How to pick? Nothing that would stand out, nothing that would link me to the past - those were the instructions. The past. As if everything that had gone before this moment was buried already. Holly is fifteen years old, but she's only been "Holly" for a matter of months. Because of something that happened, she and her family have had to enter witness protection and have all assumed new identities. All, that is, except her sister Katie, who is autistic. Starting at a new school mid-term is hard enough at the best of times, and Holly has no clue who she is any more. Lonely and angry, she reaches out to friends - new and old. But one wrong move will put all their lives in danger...

It’s been more than a year since every person over the age of fourteen disappeared from the town of Perdido Beach, California. In that time, countless battles have been fought: Battles against hunger and lies and plagues and worse, battles of good against evil, and kid against kid. Allegiances have been won, lost, betrayed, and won again; ideologies have been shattered and created anew, and the kids of the FAYZ have begun to believe that their new society is the only life they’ll ever know. But now that the Darkness has found a way to be reborn, the tenuous existence they‘ve established is likely to be shattered for good. Will the kids of Perdido Beach even survive? 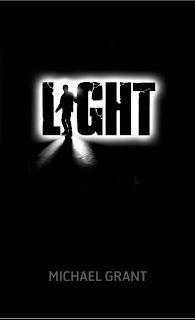 The Originals by Cat Patrick, published 6th May

I glance at the three baby portraits. I feel a familiar prickling on the back of my neck. Because I know there's another picture somewhere - and the baby in that photo looks identical to the babies on the wall. Somewhere, there's a photo of the Original. Ella and I look like sisters: triplets, you might think. But that's not what we are at all. We are clones in hiding. We split our lives and exist as one person in the outside world. And we've always been happy. But now I've fallen head-over-heels in love...and that changes everything. Because, to let love in, I need to be allowed to be Me.

'Don't. Please don't say my name. You have no idea who I really am.' No one really knows who Andrew Winston Winters is. Least of all himself. He is part Win, a lonely teenager exiled to a remote boarding school in the wake of a family tragedy. The guy who shuts the whole world out, no matter the cost, because his darkest fear is of himself...of the wolfish predator within. But he's also part Drew, the angry boy with violent impulses that control him. The boy who, one fateful summer, was part of something so terrible it came close to destroying him.

Sadie Nathanson's back - with more style and tangles than ever before. "Mrs Nellist came in for her cut and colour while Auntie and Tiffany were out the back having a coffee, leaving me to sweep up, and that's kind of where everything got really ugly. It was the hairstyle that Mrs Nellist never knew she wanted. That's all it was about. I don't know why everyone had to go so completely hysterical about it, but that's my family for you." Sadie Nathanson is back! After sorting out exactly who she is, she now feels ready to tackle who she is going to be! With hair as her focus, Sadie decides to enter a major hairdressing competition - though she has her work cut out for her when she gets fired from her Saturday job in Auntie Lilah's salon. And if that's not bad enough, it turns out there are yet still more surprises in store Dadwise...
Comment and let me know which titles you're most looking forward to in 2013!