On 29th January 2013, Penguin are publishing 'Prodigy' which is the sequel to Marie Lu's stunning novel 'Legend'.  You can read my review of the first book in the series here 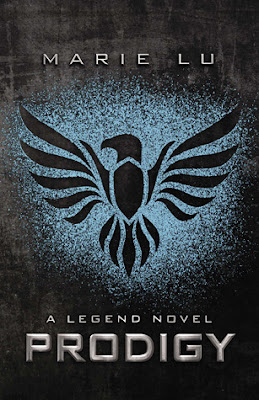 Injured and on the run, it has been seven days since June and Day barely escaped Los Angeles and the Republic with their lives. Day is believed dead having lost his own brother to an execution squad who thought they were assassinating him. June is now the Republic's most wanted traitor.

Desperate for help, they turn to the Patriots - a vigilante rebel group sworn to bring down the Republic. But can they trust them or have they unwittingly become pawns in the most terrifying of political games?