Read the first chapter of Half Bad by Sally Green

If you loved 'Half Blood' by Sally Green then you will be very excited by the news that Penguin have released the first chapter of the sequel 'Half Wild' to keep fans going until it's release in March 2015. 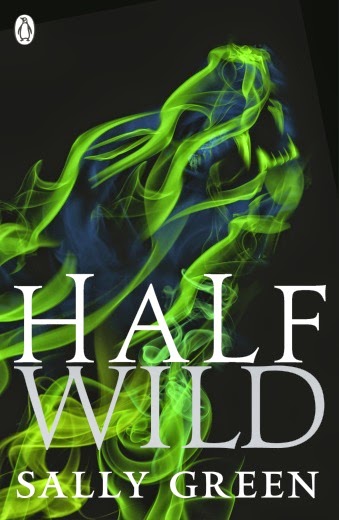 Penguin have also announced an exciting new short story by Green today. Half Lies is due for release across all digital book platforms on 13 November. Set in the months before Half Bad, Half Lies takes the form of a diary written by Michele, the sister of Gabriel, Nathan’s Black witch friend. Having fled Europe for Florida, Michele falls in love with a local White witch boy. There, she finds that the divide between the Black and White witch communities is just as dangerous as it was in the life she's left behind.

Ben Horslen, Editorial Director, Puffin Books says: 'Fan response to Half Bad has been so overwhelming that it seemed very unfair to keep readers on tenterhooks until March for their next taste of Sally Green's amazing world. I know Half Lies will thrill and intrigue her fans while they wait for the next chapter of Nathan's story.'

Sally Green says: 'Gabriel is a key character in the Half Bad trilogy and he also happens to be the one I'm desperately in love with (I know a lot of fans are rather fond of him too) so it was great to write a little more about his life. Half Lies is the story of Gabriel and his sister Michele, told from Michele's point of view. Of course it's not a totally happy story, there's love but there's violence too, but they are Black witches so what do you expect?'