I was very pleased to be invited to take part in the blog tour for 'The Anointed' by Michael Arditti. Thank you to Arcadia Books for providing me with a copy of the book for review. 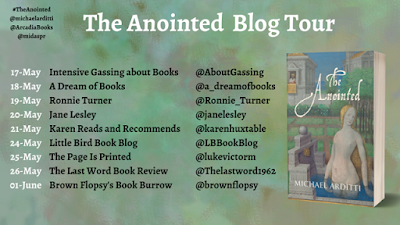 Synopsis:
Michal is a princess, Abigail a wealthy widow, and Bathsheba a soldier's bride, but as women in Ancient Israel their destiny is the same: to obey their fathers, serve their husbands and raise their children.

Marriage to King David seems to offer them an escape, but behind the trappings of power they discover a deeply conflicted man. The legendary hero who slew Goliath, founded Jerusalem and saved Israel is also a vicious despot who murders his rivals, massacres his captives and menaces his harem. 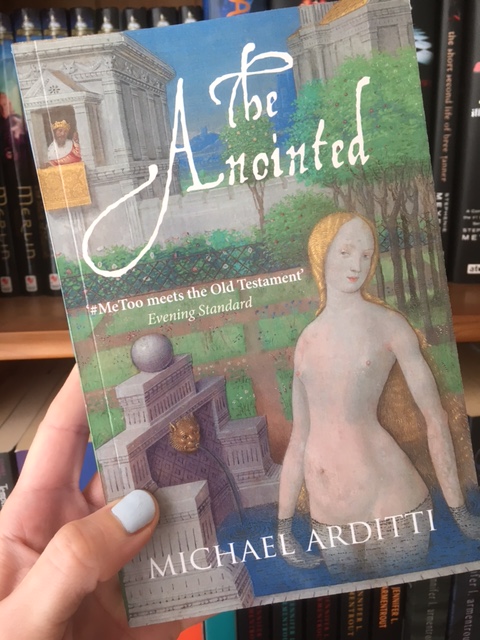 Review:
'The Anointed' is definitely not my usual kind of read but it sounded really interesting and I always like branching out with different genres and authors. It's a new interpretation of the biblical story of King David, following the sequence of events told in the Books of Samuel. It challenges and questions and confronts the traditional view of David that the Bible presents.

What I particularly enjoyed about this book was that although it explores the character of David, depicting his rise from shepherd to King, the story itself is told through the first person narratives of three significant women in his life. His first wife Princess Michal, Abigail, the older widow who is captivated by him and Bathsheba, a soldier's bride.

Each woman has her own story to tell and as time goes on, they become inextricably linked by their relationships with David. The book skillfully depicts how the women are, in the words of Michal, "...the instruments of ambitious men". They have no rights of their own and are subject to the decisions made by the men that control and rule them. They are often confined to David's harem, living under his oppressive control with no thought for their own wants and needs. I really enjoyed the distinct voices of the three women and felt great sympathy towards them. Although they are initially lured by their desire for David, they do gradually come to understand the truth about his cruelty and true nature.

The novel exposes David as a hugely conflicted man. He is shown to have carried out great acts, such as slewing Goliath, founding Jerusalem and saving Israel, but in his personal life, he is someone capable of great violence. As I was reading, I found myself wanting to know more about the biblical tales of David, so I spent some time researching him and I think this helped to enrich my reading of the novel.

Arditti does a masterful job of shining a light on the women in the book and also challenging the traditional view of David as a great hero. Although not normally a book that might have come to my attention, I found it absolutely fascinating and a really enjoyable read.