Review: The Wolf and the Woodsman by Ava Reid

Synopsis:
In her forest-veiled pagan village, Évike is the only woman without power, making her an outcast clearly abandoned by the gods. When soldiers arrive from the Holy Order of Woodsmen to claim a pagan girl for the king’s blood sacrifice, Évike is betrayed by her fellow villagers and surrendered.

But when monsters attack the Woodsmen and their captive en route, slaughtering everyone but Évike and the cold, one-eyed captain, they have no choice but to rely on each other. Except he’s no ordinary Woodsman—he’s the disgraced prince, Gáspár Bárány, whose father needs pagan magic to consolidate his power. As the son of a reviled foreign queen, Gáspár understands what it’s like to be an outcast, and he and Évike make a tenuous pact to stop his brother.

As their mission takes them from the bitter northern tundra to the smog-choked capital, their mutual loathing slowly turns to affection, bound by a shared history of alienation and oppression. However, trust can easily turn to betrayal, and as Évike reconnects with her estranged father and discovers her own hidden magic, she and Gáspár need to decide whose side they’re on, and what they’re willing to give up for a nation that never cared for them at all. 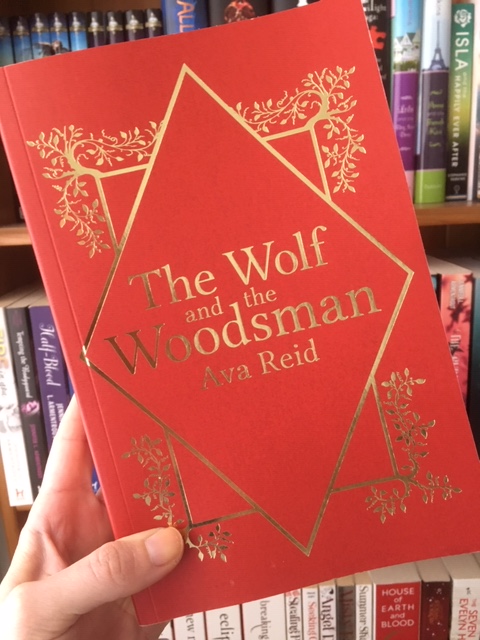 Review:
I am in love with 'The Wolf and the Woodsman'. This incredible fantasy debut absolutely swept me away. I couldn't put it down and I couldn't stop thinking about it. Unique, original and innovative, I was captivated by the story and the characters. Each chapter left me wanting more and I ended up reading long into the night because this was a world that I didn't want to leave.
The book combines a lot of different elements. There is a fantasy world with a magic system based on body horror, entwined with Hungarian history and Jewish mythology. It also explores the notion of nation-building through the use of fairy tales as propaganda. Each singular aspect is blended together to create a story that is all-consuming.
The author is extremely clever in her use of short stories about folklore and magic which are woven in throughout the book. These were fascinating and added another rich, dark layer to the story, often mirroring the personal struggles of the characters. The world building itself was also wonderful and truly atmospheric. I found that I had to concentrate quite hard at the start but I was soon enveloped in the world presented so skillfully on the page.
The heart and soul of the book for me are Evike and Gaspar. Their journey is one that I loved following, along with their evolving relationship. There is definitely a love/hate vibe between them and as the sparks grew, I could feel the tension and longing that oozed off the page every time they were together. I enjoyed seeing how they gradually began to open up to one another and to learn about each other's past. Both together and apart, they were what really brought the story alive for me.
Evike is a tremendous heroine. She is on a journey of self-discovery and learns a lot about herself and her inner strength as she faces being handed over as a sacrifice to the king. She never backs down from any situation and she always tries to help others, even when it places her in great danger. She was a character that I admired tremendously. Gaspar is the perfect foil for her because they share so many similarities and both have a tumultuous family history that has shaped the person they have become. A wolf girl and a woodsman together - believe me it just works!
I am blown away by this book and I really hope that it gets all of the praise and acclaim it deserves. It was powerful and enchanting and has made me into an Ava Reid fan for life.
Posted by Samantha (A Dream of Books) at 22:00