Today I'm taking part in the blog tour for H.M. Castor's new book 'VIII', which is about the infamous Henry VIII and which is sure to be a sure-fire hit with historical fiction lovers. 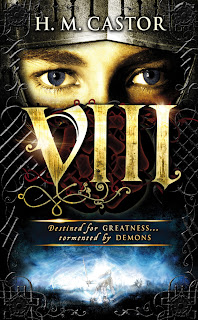 I'd like to welcome Harriet herself to the blog to talk about why villains also make such good heroes.

My Villain, My Hero
Villains. Baddies. Often the most intriguing characters in a story. Films & books abound with wonderful examples – one of my personal favourites is the Viscount de Valmont in Laclos’ novel Dangerous Liaisons (as played by John Malkovich in the film and Alan Rickman in the original production of Christopher Hampton’s play… One of the great regrets of my life is that I lived near(ish) to the RSC at that time and yet missed seeing the amazing Mr Rickman create the role. What was I thinking???).

Long before I read Dangerous Liaisons, however, an utterly wonderful children’s book gave me a love of storybook baddies. The Thirteen Clocks by James Thurber (described by Neil Gaiman, in his introduction to the current edition, as “probably the best book in the world”) is a fantastical fairytale in which the most delicious character is the wicked Duke, a gloved and glittering figure, whose cold laugh puts out torches and whose voice sounds “like iron dropped on velvet”. My schoolteacher read it to us when I was nine. It made such an impact on me that I can still picture her, sitting on her desk in our portakabin classroom as my mind quietly blew in my back-row seat.

Did this long appreciation of an intriguing baddie lead directly to the writing of VIII, (my new YA novel, told through the eyes of Henry VIII)? I have to suppose it did. Henry was the king, after all, who ordered the judicial murders of two of his wives, as well as of countless close friends and members of his own extended family. Even his daughter’s elderly former governess went to the block on his orders. A baddie if ever there was one – and a real-life baddie to boot.

Here my thinking screeches to a halt. A real-life baddie? That’s different, surely? You can’t see real-life villains as fantastical and delicious… they killed real people, after all. Even a time gap of 500 years doesn’t stop me hating Henry’s deeds. Part of me loathes him with such a passion that I have fantasies of digging him up and of giving that skeleton a piece of my mind (the therapist’s room is just here, Ms Castor – please step this way…).

But – wait. You simply cannot write from that angry, loathing place. If one of your characters – most especially your protagonist (the character often called ‘the hero’ of a book) – does dreadful things, you have to drop your judgement of those deeds before you sit at your desk.

It’s not that you change your moral code, and suddenly decide to condone hideous behaviour. It’s that condoning or condemning is not what you’re doing: you’re trying to understand how it came to this. You’re trying to feel, inch by inch, the reality of how a loveable, insecure young boy could become a monster – in Henry’s case. To walk in his shoes.

VIII is a psychological thriller – it’s the tale of a boy’s battle with his demons. Henry lives in a world of chivalrous ideals, of angels and devils, of passionate obsessions and cold hatreds. The story is told in the first person: in writing it I wanted to learn to look at the world through Henry’s eyes, because he didn’t think he was a villain. On the contrary he thought, at every stage, that he was doing the right thing. What’s more, his ambition was to be, not just good, but perfect – glorious. And it was that drive for perfection that led him, inexorably, towards evil… That, for me, is a fascinating story – and one that is just as relevant now as it was 500 years ago. The temptation of clinging to comforting yet impossible dreams in the teeth of everything life throws at us is one we all face. And it can lead to disaster.

The very excellent Robert McKee, in his book on screenwriting called Story, relates the tale of an interviewer remarking to the actor Lee Marvin how awful it must be to play so many bad characters. McKee quotes Marvin’s response: “Me? I don’t play bad people. I play people struggling to get through their day, doing the best they can with what life’s given them.”

Baddies do not see themselves as baddies. And McKee says of a story’s characters, “If you can’t love them, don’t write them.” No exceptions. Villains too.

So my protagonist, my hero, is a villain. No. It doesn’t feel right to say that any more. Now that I have written VIII, I feel oddly split about Henry. When I stand outside the story, I am still appalled at what he became, by the end. When I step into it, into the world of the book, I am in an intense, intoxicating mental space, and I see a young boy grappling with fear, a teenager longing for approval…

I will be fascinated to find out how other people experience VIII. Will you understand and empathise, even as Henry degenerates from gorgeous, glamorous hero into something altogether more unpleasant? Will you find yourself rooting for him, despite everything? Get in touch and tell me, because I’d love to know! 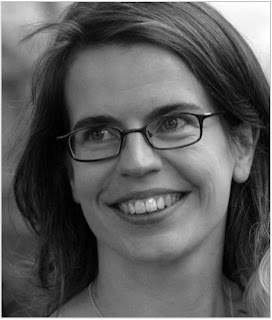 www.hmcastor.com
http://twitter.com/HMCastor
Posted by Samantha (A Dream of Books) at 00:00