Goodreads synopsis:
Before her mother died, Shelby promised three things: listen to her father, love as much as possible, and live without restraint. Those Promises become hard to keep when Shelby's dad joins the committee for the Princess Ball, where girls must take a vow of purity - no "bad behaviour", no breaking the rules, and definitely no sex.

Torn between Promises, Shelby makes a decision - to exploit a loophole and lose her virginity before taking the vow. But somewhere between failed hookup attempts and helping her dad plan the ball, Shelby begins to understand what her mother really meant, what her father really needs, and who really has the right to her purity. 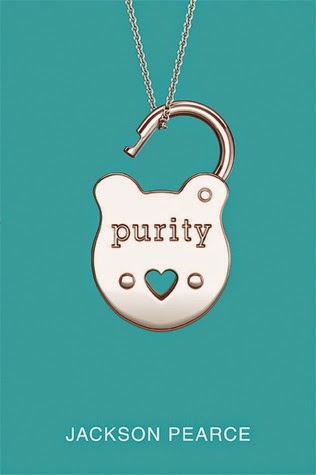 Review:
There were a lot of things that I liked about this book but there were also some aspects of the story which didn't completely gel with me.  I'm a big fan of Jackson Pearce and I've read and loved all of her previous books, so I was very much looking forward to starting this title which sounded so different to her other work.  I enjoyed the fact that she's written a contemporary YA and I found it a quick read but one which contained real depth and honesty.

The main character Shelby narrates the story of her challenge to honour three promises that she made to her dying mother, while also trying to do the right thing for herself.  Shelby has a fresh voice which I enjoyed listening to and I thought it was equally refreshing that she doesn't always make the right decisions but she learns by her actions and discovers more about herself in the process.  I found the whole concept of the Princess Ball and Shelby's problem with having to vow purity to her father quite American and I couldn't understand why she was so desperately set on losing her virginity beforehand as it seemed such an extreme solution.

I enjoyed seeing the interactions between Shelby and her father.  They are not particularly close and don't always know how to talk to each other but they are both willing to work at it.  One of my favourite scenes in the book is the cake tasting they go to together, as it's the beginning of them trying to mend their fractured relationship.

The book raises philosophical questions about God, as well as exploring how to live your life in a way that's honest and true.  Although I was surprised at some of the events which happened near the end of the story and things didn't necessarily unravel the way I would have chosen, I still thought that 'Purity' was a great contemporary read which deals with a lot of the issues that young people face today.