Review: You Were Mine - Abbi Glines

You Were Mine by Abbi Glines, published by Simon and Schuster on 2nd December 2014

Goodreads synopsis:
In the eyes of the wealthy playboys who frequent Kerrington Country Club in Rosemary Beach, Tripp Newark is a hero. Under pressure from his parents to become a lawyer and lead a conservative, upper-class life, Tripp disappeared from town five years ago to travel the world, forfeiting the opportunity to inherit millions. Yet few know what he was really running from...

Bethy Lowry was unraveling long before her boyfriend drowned in a riptide trying to save her after she'd had one too many drinks--again. A trailer park kid working as a cart girl among the wealthy patrons of Kerrington Country Club, Bethy has always been impressionable. But five years ago, before she earned her reputation as a hard-drinking, easy girl, she had spent a single summer with Tripp Newark that changed her life forever... 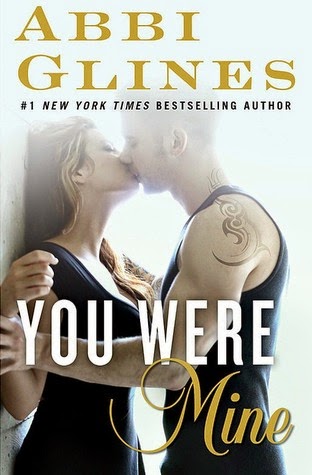 Review:
This is the book that I think all Rosemary Beach fans were waiting for. The story of Bethy and the elusive and mysterious Tripp. I certainly couldn’t wait to pick it up. Although I was incredibly upset about what happened to Jace earlier in the series, I can finally see now why Abbi Glines made the choice she did concerning his character.

I loved all the flashbacks to eight years ago when Tripp and Bethy first fell in love. I had an idea about what had happened between them but it was great to have my suspicions confirmed and to actually see play out the chain of events that led up to the two of them ending up apart.

Bethy has never been my favourite character in the series. She’s had a lot of ups and downs and she has on occasion been flighty and a bit wild.  However, she has also matured a lot and finally starts to get her head and her heart together.  By the end, she had won me over.

I adore relationships that can endure, even when a substantial amount of time has passed. It always reminds me of 'Persuasion' by Jane Austen which is one of my favourite classic novels.  Tripp and Bethy have certainly gone through a lot and it makes their journey towards a happy ever after even more special.

I loved seeing the rest of the gang and Della and Woods getting married at last. They’ve all settled down and have partners and babies which is so sweet to see.  It definitely makes you believe in true love!  An emotional and heart-wrenching read, it was also joyous and uplifting and will be a sure winner with Abbi Glines' legions of fans.