Review: All My Secrets - Sophie McKenzie

All My Secrets by Sophie McKenzie, published by Simon and Schuster on 2nd July 2015

Goodreads synopsis:
The shocking reality behind a GBP10 million inheritance turns Evie Brown's world on its head. Unable to find out the truth from her parents, Evie ends up on the mysterious island of Lightsea, where her desire for answers leads her towards a series of revelations that threaten everything she holds dear ...including her life. 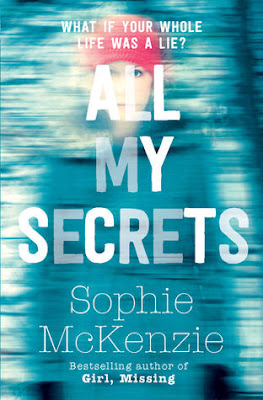 Review:
'All My Secrets' is a new thriller from the pen of British author Sophie McKenzie.  It centres around teenager Evie Brown who at the start of the book is hit with two huge revelations - one is a shocking family secret and the other is the fact that she has just come into a ten million pound inheritance. With her life fast spiralling out of control, Evie is sent to Lightsea Island to take part in a young adult development programme.  However, mysterious things start occurring on the island and soon she fears that her life itself might be in danger.

I liked the setting of the story, placing the action on a remote island.  It magnified the sense of danger that Evie feels throughout and means that she and the other teens on the island are far away from any kind of help or assistance.  They are very much on their own, as even some of the adults looking after them might not necessarily be trustworthy.

I wish that I had liked Evie more, but unfortunately I never really warmed to the main protagonist.  I didn't agree with the way that she treated her parents at the beginning of the book and I didn't feel any sense of a connection to her.  A love triangle was whipped up to add some romance to the story but even this felt a bit flat to me.

I had my suspicions about what was really going on but no idea whether or not I was right.  Sophie McKenzie is excellent at casting suspicion on people and often making you look in the wrong direction.  The ending of the story was super exciting with lots of twists but I wish that the rest of the book had matched it.  It sadly wasn't as good as some of McKenzie's other YA thrillers.
Posted by Samantha (A Dream of Books) at 00:00