Level 2 by Lenore Appelhans, published by Usborne on 15th January 2013

Goodreads synopsis:
Felicia Ward is dead. Trapped in Level 2, the waiting room between Earth and Heaven, she spends endless days replaying memories, of her family, friends, boyfriend…and of the guy who broke her heart. The guy who has just broken into Level 2 to find her…

Felicia learns that a rebellion is brewing in Level 2, and it seems she is the key. Suspended between Heaven and Earth, she must make a choice. Between two worlds, two lives and two loves. A choice that will change everything… 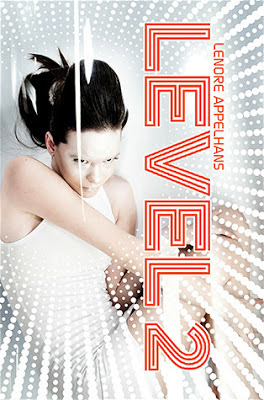 Review:
I particularly wanted to read 'Level 2' because the author Lenore Appelhans also has a successful book blog and so has managed to cross-over from the blogger world to that of published author.  The plot also sounded intriguing and the cover is really striking and quite different to a lot of other titles on the market at the moment.

The main idea that the story hinges on, is that of there being three levels of existence.  Level 1 is earth, level 3 is heaven and level 2 is the place in-between, a kind of waiting room for the dead.  Felicia is one of those biding their time in level 2.  She, along with everyone else there, spend their time viewing memories of their past lives.  They can watch those moments when they were happiest or saddest, when they had their first kiss or met their best friend.  Although they are dead, it almost doesn't seem like death because they are still conscious.  As Felicia views her own memories, we get to know more about her and the people that were important in her life and are gradually introduced to her boyfriend Neil and bad boy Julian.

Although the love triangle aspect is there, I have to say that I loved Julian from the start but didn't really warm to Neil at all.  I thought that his characterisation was quite weak and I couldn't understand what attracted Felicia to him, rather than the incredibly hot Julian, who she has amazing chemistry with.  The scenes between the two of them were one of my favourite things about the story and I enjoyed getting to see how they first met. There's a huge revelation about one of the boys at the end of the book and I'm looking forward to seeing how this will affect things in the sequel, 'Level 3'.

I thought that the story started quite slowly and didn't begin to pick-up until about half-way through when the truth about level 2 began to surface.  Although this debut novel didn't sweep me off my feet, I feel like there is still an awful lot more to come and I'm intrigued to discover what will happen to Felicia and co next.
Posted by Samantha (A Dream of Books) at 00:00