I'm extremely pleased to be taking part in the blog tour for Sally Gardner's incredible new book 'The Double Shadow'.  Highly original and inventive, this is a book which will quite literally take your breath away. 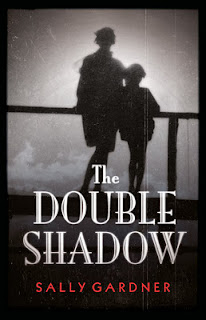 I have a wonderful guest post from Sally herself on Ezra Pound and the silenced voice of TS Eliot’s The Wasteland.


Without doubt, I have become fascinated with The Wasteland and found it to be a major inspiration when writing The Double Shadow. The images of bleakness, this world of snippets, fragments, filmic cuttings, ‘good night sweet ladies, good night’, disjointed images, disjointed memories – these most closely mirror the workings of the mind, of memory.

What is less well known about this epic feat of storytelling is the influence of another writer on the workings of TS Eliot's masterpiece. Step forward, raise a small voice, Ezra Pound.

Intellectually, Pound was one of the most generous men of his generation towards other poets and writers. We wouldn’t have The Wasteland in its current form without him. But he also had huge flaws in his personality - his support of ‘Il Duce’ (Mussolini), his anti-Semitism and racism have led him into the doldrums of neglect and ruined the heritage of his art.

I do not write this in defence of Pound, but in defence of his art. History has often allowed an individual's art despite their life, except in the case of Ezra Pound. My interest in him lies in the contribution he made to what I believe was one of the greatest poems of the last century, one that shaped the modern novel – Eliot’s The Wasteland, written the same year as Joyce's Ulysses. These two pillars are the washing line upon which 20th century novels were pegged.

Pound ended up in the equivalent of Guantanamo Bay after World War Two, arrested for Treason in 1945 and imprisoned in a cage in Pisa ("death cells"—a series of six-by-six-foot outdoor steel cages lit all night by floodlights). Here he was forced to face his prejudices and intellectual mistakes. One of the great poetic voices of the 1920s, he ended his days in silence, refusing to speak until the day he died.

For me it was the poem that became my main inspiration for the memory machine and I suppose in a way for the novel itself . It had all the ingredients that I needed to bake my novel with: sadness, humour, love, wit and wisdom.

Ezra Pascoe is the name of one of the main characters in my book, a silent acknowledgement for the role played by pound himself in the making of TS Elliot's The Wasteland. 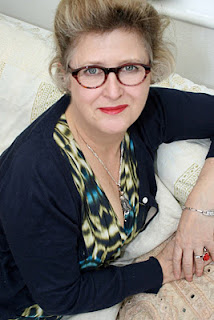 To celebrate the release, the very lovely people at Indigo have provided a hardback copy of the book for me to giveaway.  This giveaway is only open to entrants within the UK at the request of the publisher. To enter just fill out the form below.  Good luck!
Giveaway rules.