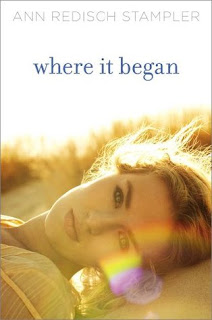 Gabby lived under the radar until her makeover. Way under. but when she started her senior year as a blonder, better-dressed version of herself, she struck gold: Billy Nash believed she was a the flawless girl she was pretending to be. The next eight months with Billy were bliss...Until the night Gabby woke up on the ground next to the remains of his BMW without a single memory of how she got there. And Billy's nowhere to be found.
All Gabby wants is to make everything perfect again. But getting her life back isn't difficult, it's impossible. Because nothing is the same, and Gabby's beginning to realize she's missed more than a few danger signs along the way.
It's time for Gabby to face the truth, even if it means everything changes. Especially if it means everything changes.
The cover of this book first attracted me - it's so pretty.  Then I read the description and now I want to get my hands on a copy even more.  It sounds brilliant combining romance with a gripping thriller.  This is the author's young adult debut.
Posted by Samantha (A Dream of Books) at 00:00