Simon and Schuster  have just signed author Abbi Glines to their UK list.  They will be publishing her Sea Breeze series – firstly in eBook, and in paperback in 2013. The good news is the first two books in the series are now available as e-books from Amazon for just £2.99.  Find out more about the first two titles in the series below. 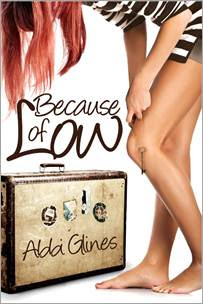 Set in the steamy coastal Alabama town of Sea Breeze, an interconnected group of older teens hook up, break up . . . and much, much more.
Marcus Hardy had hoped to enjoy a year away at college while he put the summer he'd rather forget behind him. But instead, he's jerked right back his home town of Sea Breeze due to a family crisis. His dear ol' dad found himself a girlfriend only a few years older than Marcus. So now his sister needs help dealing with their mother who is falling apart. The only bright spot to returning is the fascinating red head who sleeps over at his place several times a week. There's just one thing though - she's sleeping in bed with his new roommate, Cage York.

Willow "Low" Foster needs a place to live. Running to her best friend Cage's apartment every time her sister kicks her out isn't exactly a long term solution, but juggling her courses at college and a part-time job doesn't produce excess income. But Cage has a new roommate and suddenly sleeping over at his apartment isn't such a bad thing. Not when she gets to see those sexy green eyes of Marcus's twinkle when he smiles at her like he wants her there.

There's one problem though, Cage is under the disillusion that when he's through sowing his wild oats, he's going to marry Low - an assumption Marcus intends to change. But when his carefully laid plans come crashing down with a revelation he never expected, Marcus will have to choose between Low or his family. Because once the truth comes out . . . there's no other choice. 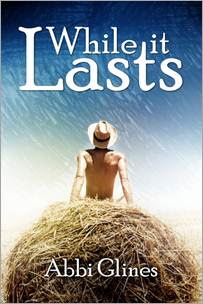 Set in the steamy coastal Alabama town of Sea Breeze, an interconnected group of older teens hook up, break up . . . and much, much more.

Cage York has a free ride to college for baseball - or he did, until he got in trouble for drink-driving. Now he has to give in to his coach's demands and spend his summer baling hay. No hot babes in bikinis waiting to meet a Southern boy to make her vacation complete. Just him and the damned cows. Oh and an uptight, snarky brunette with the biggest blue eyes he's ever seen.

Eva Brooks planned out her life step by step when she was eight years old. Not once over the years had she lost sight of her goals. Josh Beasley, her next door neighbour, had been the centre of those goals. He'd been her first boyfriend at seven, her first kiss at ten, her first date at fifteen and her first tragedy at eighteen. The moment she'd received the phone call from Josh's mother saying he'd been killed along with four other soldiers just north of Baghdad, Eva's carefully planned life imploded in the worst way possible. Now she has to deal with the arrogant Cage York and his irritating smile.

But as the summer bailing hay rolls by, Cage and Eva learn that what they want (and need) may be something they never saw coming.