Check out the awesome trailer for the film as well as a book to screen featurette:

The gorgeous new tie-in edition of 'Beautiful Creatures' will be published by Penguin on 3rd January 2013.  Beautiful Creatures: The Official Illustrated Movie Companion is due to publish alongside the film tie-in paperback edition and The Manga will follow on 5th February 2013. 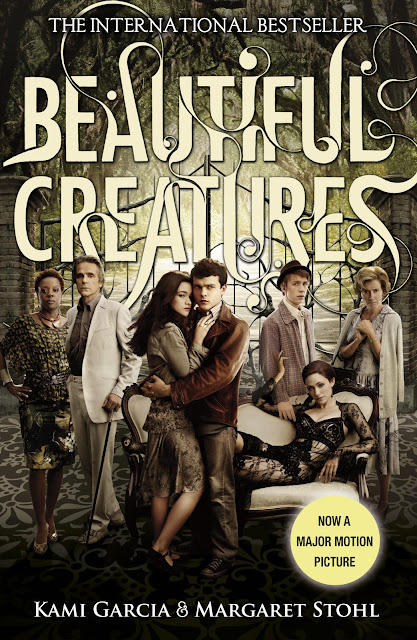 In Ethan Wate’s hometown there lies the darkest of secrets…

There is a girl. Slowly, she pulled the hood from her head. Green eyes, black hair. Lena Duchannes. There is a curse. On the Sixteenth Moon, the Sixteenth Year, the Book will take what it’s been promised. And in the end, there is a grave. Lena and Ethan become bound together by a deep, powerful love. But Lena is cursed and on her sixteenth birthday, her fate will be decided. Ethan never even saw it coming…

The lovely people at Penguin have very kindly provided me with a complete set of all four books in the series to giveaway.  This is for UK entrants only and you must be a follower of my blog.  Good luck!