One of the books I'm most looking forward to next year is 'Everbound' by Brodi Ashton, the long-awaited sequel to her incredible debut novel 'Everneath'. It's being published in the UK by Simon and Schuster on 1st February 2013. 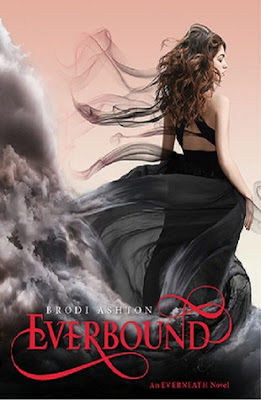 It’s been two months since Nikki’s boyfriend Jack sacrificed himself to save her, taking her place in the underworld. She’d do anything to bring him back, including making a deal with Cole, the sinful immortal who tempted her to give up her soul in the first place and who still wants to make her his queen. Together, they will journey to the very heart of the Everneath, a more dangerous place than either of them could possibly have imagined. Is Nikki willing to risk it all for Jack?

You can now watch the trailer exclusively on Entertainment Weekly