I'm thrilled to be taking part in the blog tour countdown for Tess Sharpe's debut novel 'Far From You', which will be published by Indigo on 27th March. 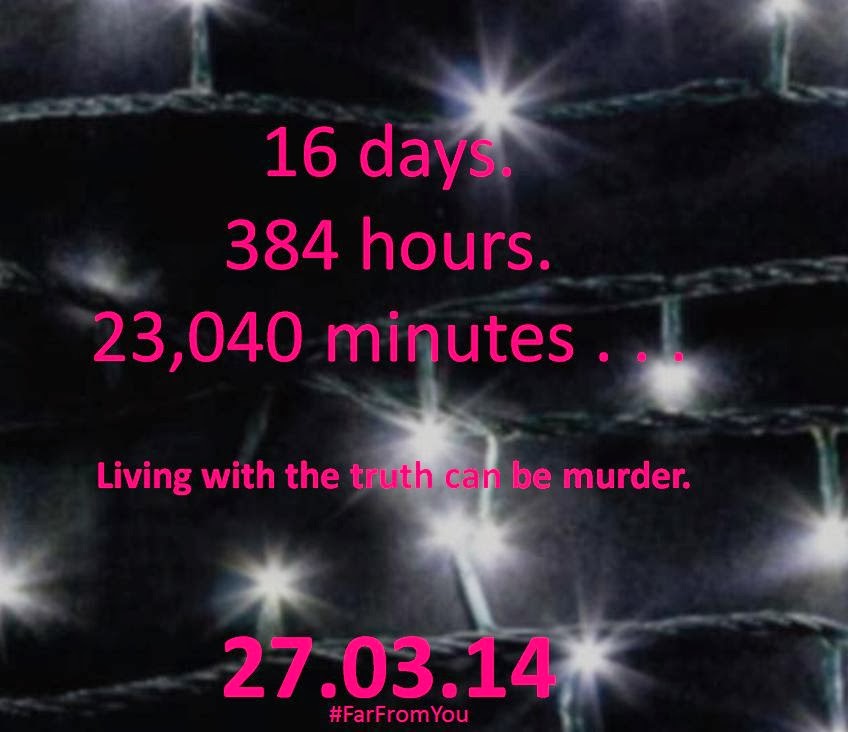 That's how long recovering addict Sophie's been drug-free. Four months ago her best friend, Mina, died in what everyone believes was a drug deal gone wrong - a deal they think Sophie set up. Only Sophie knows the truth. She and Mina shared a secret, but there was no drug deal. Mina was deliberately murdered.

Forced into rehab for an addiction she'd already beaten, Sophie's finally out and on the trail of the killer - but can she track them down before they come for her? 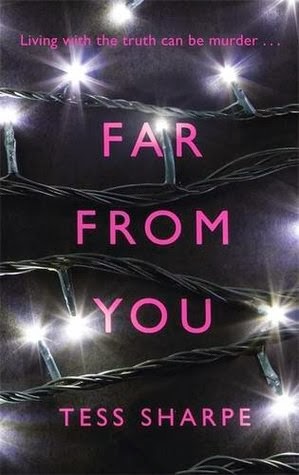 Review:
'Far From You' is an incredible and stunning debut novel from author Tess Sharpe which held me enthralled from start to finish.  I picked this up when I was off sick from work and spent the most enjoyable couple of hours curled up on the sofa, with my nose literally buried between the pages and my attention absolutely riveted on the characters and their stories.  I would not hesitate to wholeheartedly recommend this to anyone, both teen and adult readers alike, because it's so good it would be a shame not to share it with everyone.

I was completely magnetised by Sophie's story as she attempts to find her best friend Mina's killer.  She's not the most reliable narrator because she is a recovering drug addict whose word is often doubted and questioned, but as we learn more about her, it seems certain that she can be trusted and that she is the only one that can fathom what really happened to Mina and why.

The story is told from three different time frames, which sounds complicated but really isn't.  The plot was so seamlessly put together that it didn't feel like the narrative was jumping around too much.  Everything slotted into place perfectly and was easy for the reader to follow.  We see present day Sophie struggling to come to terms with the loss of her best friend but then the narrative also takes us back to events preceding the murder which helped in gathering clues about the mystery.

I loved the process of trying to put all the pieces together while reading.  My suspicions jumped around quite a bit and there were several characters that I didn't fully trust but at no point did I guess who was actually responsible.  The book was so intricately plotted that the killer's identity remained a secret to me until the very end.  That for me is a sure sign of a good book!

Tess Sharpe's incredible writing stirred up lots of strong emotions for me.  I felt a real link to Sophie and I was very emotionally invested in what happened to her.  She has to face a lot and yet she still manages to overcome some big challenges which anyone else may have shied away from.  She's a fantastic main character and although she has her flaws, she never gives up and always sticks to her guns.

'Far From You' was a real treat to read.  It shows the unquenchable desire of first love as well as presenting an intriguing mystery with lots of twists and turns.  It's one of those books which is sure to cement itself into the hearts of readers everywhere.


To celebrate the paperback release of 'Far From You', I have a copy of the book to giveaway courtesy of Indigo.  This giveaway is only open to entrants within the UK by request of the publisher.  To enter just fill out the form below.