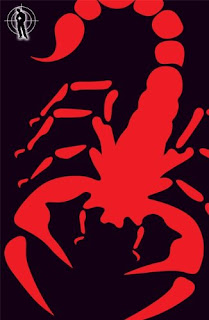 Alex Rider is a teenage orphan facing adult-sized challenges. After Scorpia killed his parents, the terrorist group fixed their targets on him. In struggle after struggle, Alex saves himself and others, but Scorpia continues their relentless drive for power. In this intense novel, they set their incendiary sights on the very combustible Middle East. A young protagonist worth following.
I'm a big fan of the Alex Rider series and I can't wait to read this final installment.  According to Horowitz a character who has been in all eight books will die and there's no doubt that this is the very last Alex Rider book!  It was published by Walker on 31st March 2011.
Once a Witch by Carolyn MacCullough 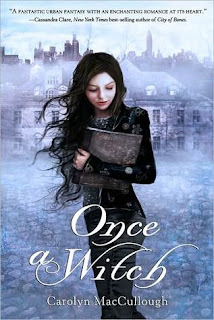 Tamsin Greene comes from a long line of witches, and she was supposed to be one of the most Talented among them. But Tamsin's magic never showed up. Now seventeen, Tamsin attends boarding school in Manhattan, far from her family. But when a handsome young professor mistakes her for her very Talented sister, Tamsin agrees to find a lost family heirloom for him. The search—and the stranger—will prove to be more sinister than they first appeared, ultimately sending Tamsin on a treasure hunt through time that will unlock the secret of her true identity, unearth the sins of her family, and unleash a power so vengeful that it could destroy them all.
This book sounds incredible and I've wanted to read it for ages!  I think I might have to break my self-imposed book buying ban to go out and get it ;)  It was published by Houghton Mifflin Harcourt on 6th September 2010.
Rebel by R.J. Anderson 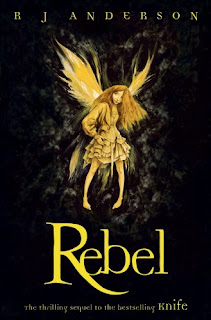 The faeries of the Oak are dying, and it’s up to a lone faery named Linden to find a way to restore their magic. Linden travels bravely into dangerous new territory, where she enlists the help of an unlikely friend—a human named Timothy. Soon they discover something much worse than the Oakenfolk’s loss of magic: a potent evil that threatens the fate of all faeries. In a fevered, desperate chase across the country, Timothy and Linden risk their lives to seek an ancient power before it’s too late to save everyone they love.
I recently read Knife which is the first book in the series and I really loved it.  I now definitely want to read the rest - Rebel is the second book and was published by Orchard Books on January 7th 2010.
Posted by Samantha (A Dream of Books) at 00:00