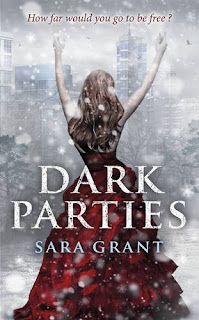 Sixteen-year-old Neva has been trapped since birth. She was born and raised under the Protectosphere, in an isolated nation ruled by fear, lies, and xenophobia. A shield "protects" them from the outside world, but also locks the citizens inside. But there's nothing left on the outside, ever since the world collapsed from violent warfare. Or so the government says...

This book looks awesome!  It's one of the releases lined up for new YA imprint Indigo.  The cover is gorgeous and the story sounds really intriguing.  There are lots of other exciting books being published by Indigo from September so look out for more news about this soon.