Today I'm welcoming Lil Chase who's stopping by as part of the blog tour for her fabulous debut book, 'Boys For Beginners'.  I really enjoyed Lil's debut, which made me laugh and smile and was a thoroughly awesome read! 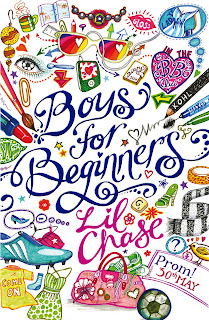 So, without further ado, over to Lil!

Check out the two pictures below.  I know which trio I find more terrifying. 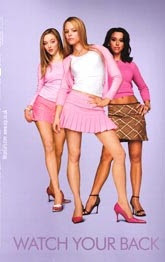 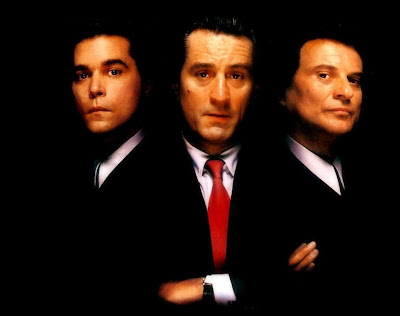 While the western world believes in democracy and equality for all, these rules do not reach as far as high school. In fact, high school politics runs something like the gangster mafia culture.  Who cares about the Sopranos when there are hierarchies and power struggles going on just down the road?  Not convinced?  Let me show you the similarities.

Each mafia family has to have a mafia boss and each clique has to have a queen bee.  Ths boss will have a consigliere or 'best friend' who advises them in their dealings. The lowly soldiers or 'friends' are useful yet expendable. They come and go.

Attempts can be made to seize power and overthrow the boss, but they must be enacted with steely ruthlessness. Reputation is everything so when someone tries to ruin the boss, the boss needs to retailiate quickly and viciously. The mafia might cut off your horse's head.  The queen bee will make out with your boyfriend.

Each mafia family has their terriroty and as long as they stick to that territory no blood is shed.  The same is true for high school. Most years have their clique and they respect each other's sovereignty. Some cliques will even mix and parlay on school trips and private functions. In my school, everyone knew where each clique would sit in the lunch hall and no one dared to take their seats. If they did it was an act of war.

If the cliques are gangsters then the teachers are police. You can only copy so many homeworks, bunk so many lessons, intimidate so many classmates before the teachers pay attention. Teachers can't be bribed but some will turn a blind eye. And there is normally one teacher who has the reputation of hanging out with the older students: the corrupt cop.

Omerta
The code of silence. Whether you are in the mafia or not, you must obey the code of silence. A rat, a grass, a snitch, whatever you want to call it, telling tales is the lowest of the low. Even if you’ve been accused of something you didn’t do, do not rat out the real perpetrator. On pain of death!

Death In mafia terms, death is death. In high school, humiliation is death. Think of the phrases we use to describe embarrassment: ‘mortifying’, ‘I could have died’, ‘I wished the earth would swallow me’.

Shooting someone seems a lot simpler than exposing someone’s secrets in a way that will harm them but won’t backfire on you. This is why I wonder if clique politics are even more nasty than mafia politics.

Do you remember the Queen Bee at your old school? Do you know what she’s up to now?