Shadow of the Wolf by Tim Hall, published by David Fickling Books on 4th July 2014

Goodreads synopsis:
So many tales have already been told of Robin Hood. Already he's the hero with a thousand faces. First, forget everything you've heard. Robin was no prince, and he was no dispossessed lord; he didn't fight in the Crusades; he never gave a penny to the poor.

His real name wasn't even Robin Hood. Marian called him that as a kind of joke. Sir Robin of the Hood. A name Robin would cling to when he was losing grip of everything else. Mind you, one thing you've heard is true. He was blind.

No, that's not right. Let me put that another way. Truer to say, Robin Hood didn't see with his eyes. In fact he was the only one who saw clearly in this place of illusion and lies. 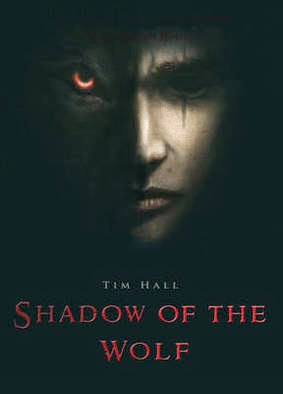 Review:
'Shadow of the Wolf' is an astounding new interpretation of the traditional tale of Robin Hood by debut author Tim Hall.  I was very excited to read this book because I'm a huge fan of the original story and I couldn't wait to see which direction Hall was going to take with the plot and characters.

The story follows a young Robin who at the beginning of the book finds that his family have abandoned him.  Left to survive on his own, he uses his independence as a shield to protect himself against further hurt.  His solitary life begins to change however when he meets Marian in the forest and discovers his true soulmate.  The two seem destined to be together but when Marian is taken from him, he determines to do whatever it takes to get her back.

My favourite part of the story was the very beginning when Robin and Marian are young and roaming free together.  They are living an idyllic life which they both know won't last forever but which they cherish for the simple fact that they are with each other.  They embrace the beauty of the forest which is all around them and revel in having nobody to answer to but themselves.  Although deep down they realise they are playing at living a fantasy, nothing else matters to them except for being together.

Throw out all of your preconceptions about Robin and Marian because these two characters are unlike anything you could have anticipated.  Marian is not the helpless heroine you may have been used to seeing her as.  She is headstrong, fiery, determined, intelligent and above all resilient.  She endures terrible things in the book but I had absolute faith in her that she would always manage see things through.  Although there were times when I found her less that likeable, mainly due to her spiky temperament, I never stopped admiring her strength and endurance.  Robin too has to face unspeakable horrors and is far from the merry figure with his bow and arrow that we are used to seeing.  I felt great pity for him throughout the book and I kept desperately hoping for something good to happen to him.

Some other familiar faces crop up in the story with Will Scarlett, Much, the Sheriff of Nottingham and Sir Bors all making appearances.  It was great to see Tim Hall interweaving all of these secondary characters, although again don't expect them to act like you would have imagined.  The Forest too is like a character in itself.  It is dangerous and mysterious and conceals many secrets which slowly begin to unravel.

'Shadow of the Wolf' is an unusual combination of history and fantasy which took a little bit of getting used to.  The plot took an unusual and unexpected turn about half-way through which turned everything on it's head and made me think about the book in a totally different way.  It is incredibly rich in detail, wonderfully written and so unique that this truly is a Robin Hood tale unlike anything you could ever have dreamt of.  I was still left with so many questions at the end however, that I am looking forward immensely to the next instalment in the series.