Goodreads synopsis:
Eighteen-year-old Witch Hunter Luke Lexton has failed his initiation into the Malleus Maleficorum - the secretive brotherhood devoted to hunting witches. Instead of killing the witch he picked from the Book of Witches, he has committed the worst possible crime: he has fallen for her. Sixteen-year-old witch girl Rosa Greenwood has failed to secure her struggling family's future by marrying the handsome, cruel, rich and powerful Sebastian Knyvet. Instead she has set fire to his factory and has brought disgrace on her family.

Now together they are on the run - from Rosa's ex-fiance and from Luke's former brothers in the Malleus. As they flee across England, and with the danger of their past catching up to them ...can they overcome their differences? Can a witch hunter ever find love with a witch girl? 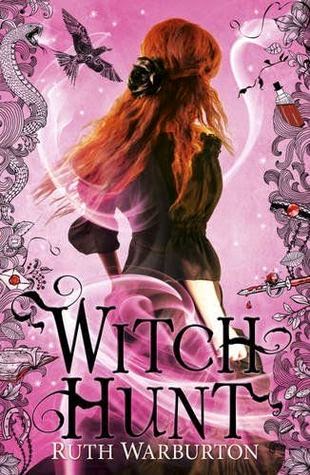 Review:
‘Witch Hunt’ picks up the story of Luke and Rosa where ‘Witch Finder’ left off. The couple are now on the run from not only Rosa’s ex-fiancé Sebastian, but also the Brotherhood, who want to kill Luke for betraying them. The first half of the book features an exciting chase as Luke and Rosa try to stay one step ahead but know that danger is on their trail. They have to try to cover their tracks as they desperately fight for their lives and their forbidden future together.

Overall, I really enjoyed the book but I didn’t feel that there was a huge amount of progression in the story, or at least not until the very end of the book when suddenly lots of secrets and revelations came to the fore. Instead, the focus was on the relationship between Luke and Rosa who grow closer together and begin to learn more about each other. This was reflected in the split person narrative, which gives the reader a unique insight into the characters’ feelings and emotions. It became obvious that they cared greatly about each other and were willing to give up a lot for the other person. It was nice to see the way in which the romance between the two of them progressed, even though they were on the run. I think the romantic relationships in Ruth Warburton’s books are always written tremendously well and I really found myself rooting for them to get their happy ending.

I love the fact that Ruth Warburton threw in some really shocking twists in the book which changed the perspective of some of the characters. I hadn’t guessed what was going to be revealed either which made it even more of a big surprise. The ending of ‘Witch Hunt’ almost broke my heart and talk about ending on a cliff hanger! I really hope that there is another instalment still to come in this series.

Ruth Warburton is one of my favourite British authors and I would read anything by her. I’d recommend getting your hands on these books if you’ve previously enjoyed her Winter trilogy. You’re in for a real treat!