Review: In the Age of Love and Chocolate - Gabrielle Zevin

In the Age of Love and Chocolate by Gabrielle Zevin, published by Macmillan Children's Books on 31st July 2014

Goodreads synopsis:
Anya Balanchine is a teenager with the responsibilities of a grown woman. Now eighteen, life has been more bitter than sweet for Anya. She has lost her parents and her grandmother, and has spent the better part of her high school years in trouble with the law. Perhaps hardest of all, her decision to open a nightclub with her old nemesis Charles Delacroix has cost Anya her relationship with Win.
Against the odds, the nightclub becomes an enormous success, and Anya feels like she is on her way and that nothing will ever go wrong for her again. Until a terrible misjudgment leaves Anya fighting for her life ... 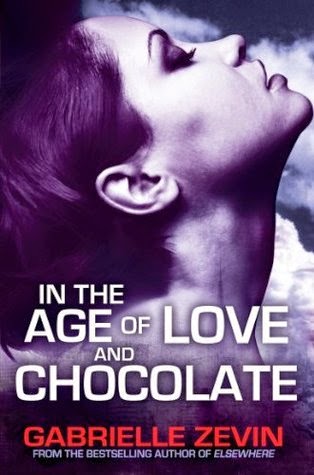 Review:
I was thrilled to get my hands on a copy of this book because I couldn't wait to see how Gabrielle Zevin was going to conclude Anya Balanchine's story.  After having gone through so much and faced both love and loss, I wasn't sure if Anya was going to get a happy ending or not so I started reading this with a small sense of trepidation but also a huge amount of confidence that Zevin would give her trilogy the right ending.

Anya is now eighteen and has become the owner of a nightclub The Dark Room with her former nemesis Charles Delacroix.  Her relationship with Win is over and life is changing, finally for the better.  It was great to see Anya trying to legitimise the Balanchine crime family at long last and give them something positive to focus on for the future after having been on the wrong side of the law for so long.

At the heart of this series has always been the personal character development of Anya herself.  She has lost so many people that she has loved and cared about but she is incredibly tough and never gives in which are qualities that I admire about her.  She has also taken her responsibilities towards her younger sister Natty very seriously and wants to ensure that she gives her a better future than she had herself.  I love their sibling bond and the closeness that the sisters have always shared.

There were some exciting and unexpected last minute twists in the plot which I thoroughly enjoyed.  There is also a dramatic ending to the story which caused my jaw to quite literally drop open.  The Birthright trilogy features romance, friendship and familial relationships but also presents a wonderful depiction of Anya's fall and rise from a young girl to a woman in her own right.
Posted by Samantha (A Dream of Books) at 00:00