Goodreads synopsis:
When teen con-artist Darius is approached by a mysterious government agent about joining a 'Project Oberon', he has no idea what to expect. Certainly not that Project Oberon is actually a top-secret experiment which sends teens back through time to prevent disasters before they happen! Before Darius has time to wonder why he's been chosen, his first mission arrives in the form of a huge electromagnetic weapon of mass destruction, which will kill millions of people in New York - unless Darius and the team can stop it. 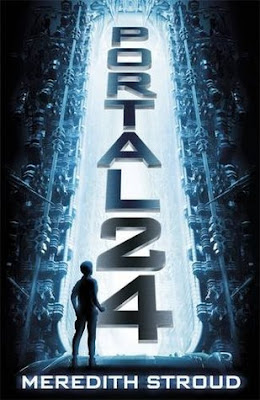 Review:
I really wanted to read this book because I love stories which involve time-travel and the overall synopsis sounded really great.  It's about a secret government organisation called Oberon which recruits teenagers as agents and then sends them back in time to stop catastrophic events from happening.  At the beginning of the story street-smart Darius becomes the newest recruit and is made to leave his entire life behind.

Although it was the time-travel element which originally hooked me onto the idea of reading this book, I have to say that I found the way it was dealt with quite confusing at times.  The passages explaining how it worked were just too confusing and over-complicated and I've read other books which have provided much clearer and more believable explanations.

The book features an interesting cast of characters.  As well as Darius, his team also consists of fierce and feisty Bianca, along with Leon, Malik and Constance.  None of them were particularly big favourites of mine, although Darius did grow on me as the book progressed and he turned out to have some rather surprising skills.

This was a fairly quick read at only 240 pages long but sadly didn't end up winning me over.  It lacked that special ingredient which makes me fall in love with a book.  I liked the fact that it was action-packed and full of adventure but I found it a bit lacking at times.  I'm not sure if there will be a sequel but if so, I don't think I'll be joining for the rest of the ride.